Back to Blog
Habitat and Herd ImprovementJuly 26, 2017

Why You Need To Hide Your Deer Waterholes

Deer waterholes need to be hidden and there is a reason that some hunters can get away with not hiding any of them, and other hunters need to hide every one.

During the mid 2000s I began using and writing about creating deer waterholes with various forms of containers. Some of our first 1/2-cut, 55 gallon drum waterholes were incredible hits because in order to install them, we had to hide them. The 1/2 cut barrel waterholes had to be completely dug into the ground, in order for them to remain level and secure. We then progressed to hand-dug waterholes with vinyl roofing liners, multi colored kiddie pools, and larger cattle stock tanks. After many years of installing waterholes for myself and disigning the use for my clients, I've experienced that it is pretty hard to beat a 110 gallon tank from TSC, at a cost of about $75. However, which ever form of container that you like the most, I urge you to learn from my experiences, and hide your deer waterholes. There are 2 great reasons why!

2 Great Reasons To Hide Your Waterholes

When I refer to a hidden waterhole, I am referring to a waterhole tub that has been installed to a depth that places the top of the tub, below the level of the ground.

1. By saucering out the soil around the top of the tub, you create a much wider mouth of a hole, that is below ground level.

This allows the profile of your deer waterhole to not only remain hidden from the side, but also to catch a much larger amount of rain water. The rain water is then allowed to collect and funnel towards the mount of the countainer, and in effect, your hidden waterhole then becomes the bottom of a much larger puddle. Even if your waterhole is well below bround ground level on one side -in particular the higher side of the ground- you can expect your waterholes to carry water much of the year. This is especially important when installing remote waterholes that increase your reliance on capturing rain water to fill the tub.

While I eventually settles on my favorite 110 gallon TSC tub, it took several years of installing our deer waterholes deeper and deeper into the ground, to eventually create the ideal setups. Through hunting observations, trail cam pictures and feedback from dozens of clients around the country, one thing became clear: Mature deer often choose to avoid unhidden and exposed waterholes. Eventually deer become used to the site of the waterhole, which is no different than an unhidden deer blind or trail camera. The only problem? Those non-resident mature bucks and even does, never have the chance to get used to your exposed waterholes, blinds or trail cameras! Unhidden waterholes can sometimes spook a deer just as fast as if you were sitting in the middle of a food plot with only your camo on.

*This 1/2-cut barrel waterhole was easy to hide and bury deep, and it also attracted a lot of attention from the local deer herd! However, it didn't carry water long enough for my hunting and herd management needs.

Do You Need To Hide Waterholes Everywhere?

Due to hunting pressure -or the lack thereof- deer waterholes do not have to be hidden everywhere, when it comes to actually spooking deer. I still always urge hunters to error on the side of caution, but in some of the low hunter density States like Iowa, Kansas and Kentucky, deer just are not as warry of unnatural shapes and blocks of solid color, as they are in high hunter density states. The same can be said for trail cameras and deer blinds but one thing is for sure when it comes to waterholes, "when it doubt, get your shovel out"! Because it isn't worth a spooked buck of a lifetime, when compared to lifting a few dozen shovelfuls of dirt.

*This low deer density State waterhole is an incredible daylight attraction, in particular because the landowner has placed it directly within an intended line of buck movement.

Whether you are attempting to hide your deer waterhole from the local mature deer herd or just simply trying to make sure your waterhole collects a lot of moisture from the latest storm, it is never a bad idea, to bury it deep. 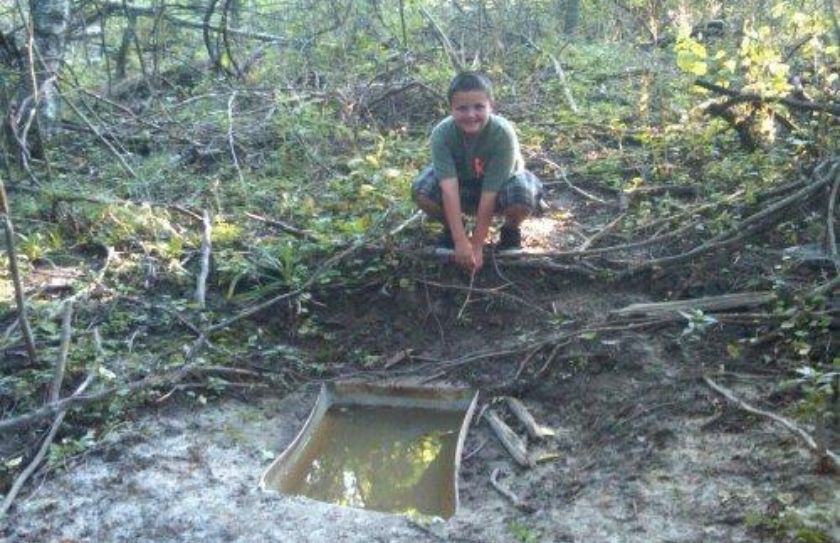 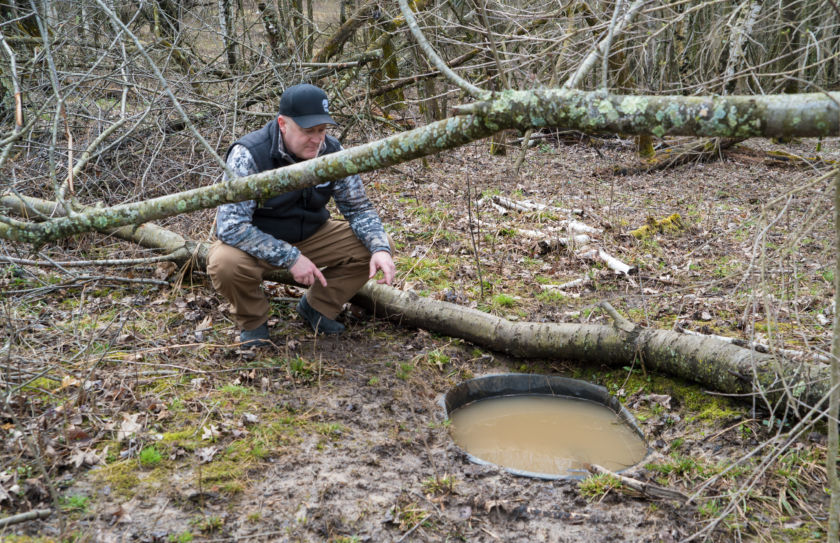 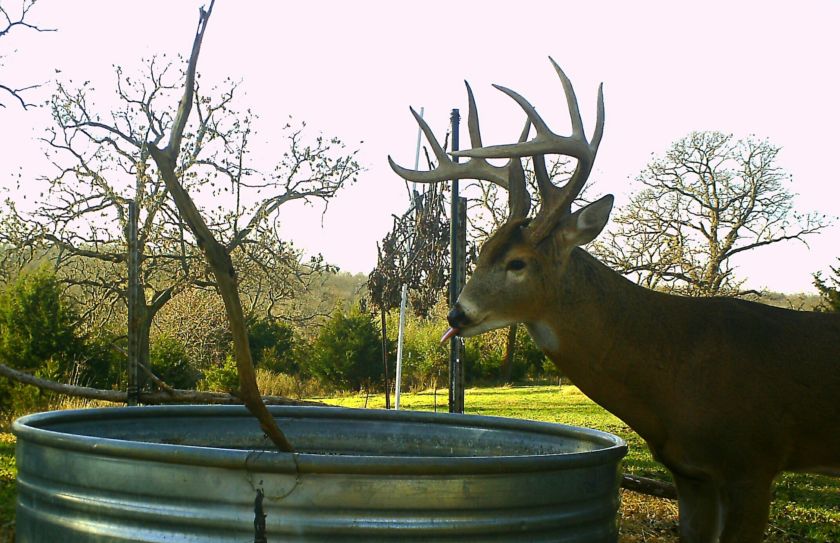