Back to Blog
Habitat and Herd ImprovementApril 15, 2016

Would you like to learn how you can begin micro managing buck movements on your land, so that you can pack more bucks on your land during the hunting season? Then you have come to the right place! Obviously, the more you improve the habitat, the greater the potential that you can create enough room to increase your overall deer numbers, let alone the number of bucks that reside in and around your parcel. However, it takes a lot more than simply the process of micro managing buck movements, for you to find the true potential of your land. By applying proper herd and habitat alignment techniques, you can significantly decrease the daily movements of the deer herd on your land, while managing a significant influence when it comes to shaping the quality of the deer herd in your immediate neighborhood. There are 3 important ingredients that need to be included, in order for you to maximize the number of buck movements on your land.

Make sure to check out my latest book, "Mature Buck Success by Design".

The most important alignment of deer behavior that needs to be recognized, is the relationship between bucks, does and their afternoon food sources. You can't manage your land for buck movements, unless you first create the opportunity to define their daily patterns of bedding and feeding. After browsing on woody shoots, briars and other cover related foraging opportunities during the daytime hours, deer gravitate to their preferred afternoon food sources like clockwork. This is an exceptional movement that you need to take advantage of, and it sets the foundation for the potential success of your herd building and hunting opportunities. However, a consistent food source isn't the only ingredient that creates the opportunity for micro managing buck movements within a consistent daily pattern of daily buck and doe usage.

A daily movement pattern consists of buck bedding to doe bedding to food. You can't have one, without the other, if your goal is to maximize the number of bucks that reside on your land during the hunting season. For the entire movement to be complete, each portion of the deer movement needs to be consistent, secure, and offer the ability for any deer within the movement, to move during the hours of daylight without being pressured by hunters. By making sure that your food sources are hidden, that your travel corridors don't have a treestand smack dab in the middle of them and that there is ample room for both doe bedding near the food sources and buck bedding opportunity behind the doe bedding, you can establish a very strong line of compact movement. However if the food sources deminish in attraction, the bedding areas become pressured by hunters or the travel corridors become fragment by hunter access, the daily patterns of the bucks on your land will disappear.

*Do you want to reduce the overall level of stress on your land? Then by managing multiple deer movements, you can allow the local doe herd to self align by dominance, with plent of room to go around. Your ability to harvest does easily when needed, is a reflection of your parcel's overall level of stress. To read more, check out, "Easy Doe Hunting Equals Herd Success".

During the peak of the hunting season, including both the annual rut and gun season openers, I have experienced that you can actually attract and hold more bucks that relate on a daily basis to your land. In other words, you can throw the standard 3 square mile home range of a mature buck, out the window, when it comes to accurately assessing your potential impact for producing quality herd and hunting opportunities. While hunters are attacking their woods, food sources are dwindling and secure cover sources for daytime bedding opportunity are being reduced with each trek to a treestand, a buck's daytime movements often shrink to highly established core areas. During the night an old recluse may travel for miles, while during the daytime his movements often encompass 20 acres or less. So how does this relate to your ability for managing buck numbers on your land? By establishing not only 1 consistent daily pattern of deer movement, but many.

On a typical 40 acre parcel, it is common to be able to create 3 to 4 daily deer movements that include food, travel, and bedding areas for both does and bucks. That seems like a lot of stress doesn't it? It isn't. Instead, by offering multiple daily patterns of consistent deer use, you can create the opportunity for multiple, low-stress movements for the entire deer herd. In fact, your ability to do so, relies on the fact that you will be creating an overall atmosphere of low stress.

Each food source needs to be the same on your land, and each bedding area maintained to a status of adequate, in it's ability to attract and hold a daytime deer herd for the entire season. By doing so, you create the opportunity for deer within a micro movement, to bed, travel and feed withing a non-competitive atmosphere. Doe family groups can be highly territorial over quality food and bedding opportunities, but when there are many to choose from, I have found that doe family groups will self align, based on their order of dominance. As long as the food and cover options stay consistent throughout the season, then the entire doe herd can remain happy, established and largely free from competive stress. Instead of one large parcel of random doe family competitiveness created by ever changing food source and cover options, your parcel can allow for multiple, low stress daily movement patterns that stay consistent the entire year. And when you create consistent, low stress movements for the female portion of the herd, I have experienced the buck herd will follow.

*Micro managing buck movements takes more than just good intentions, quality hunting tactics and trigger control; it often takes habitat management resource control too as well. Have you planted, cut and grown too much? Before you begin your deer habitat management journey, make sure to read, "Attractive Deer Habitat-More Harm Than Good?"

When you provide multiple, low-stress movements that create the opportunity for highly managing buck movements on a small parcel, you actually create a social environment that allows for more deer, in general. Compared to a parcel of changing food sources, inconsistent cover options and a high level of chaotic randomness, you can actually hold more deer in harmony with a lower level of overall stress. I have experienced that the benefits of creating micro movements on your land, no matter how many acres that you have, can pay off in a huge way when it comes to packing more bucks into your land during the hunting season.

Each micro movement has the ability to capture the attention of 1 mature buck. Does that mean that you will fill your 40 acre parcel with 5 mature bucks during the season? Not likely. However, what it does mean is that when the pressure heats up, you have the foundation to focus the attention of the neighboring buck herd towards your parcel, instead of away from your parcel. On my old SW WI 195 acre lease, we found that we were able to create roughly 6 separate micro movements that included the potential for a mature buck. When a 2-3 year old moved into an area, he often stayed throughout the season if he remained alive. In fact, largely we experienced that each year a particular buck would slot into his preferred micro movement earlier in the Fall and for a longer period of time, as he matured. When an established mature buck was eventually killed, it would often take 1-3 years for a buck to take over the movement, grow, and be of harvestable age. That meant that while we didn't pack 6 mature bucks into every movement every season, we still enjoyed a rotation of established mature buck movements within 2-4 of the remote corners of the land, each year. If we had created a high stress, random, chaotic overall movement of ever changing habitat conditions, we could not have accomplished our goal of creating quality herd and hunting opportunities.

Do you have what it takes to micro manage deer movements on your land?

While traditional whitetail habitat programs largely focus on micro managing the habitat, they rarely focus on micro managing the habitat movements within the parcel. It is for this reason that by creating a harmonious micro movement parcel, can give you the ability to shape the deer herd for the entire neighborhood, in particular when you will most likely be the only one accomplishing this feat.

In the end, why does it matter? To answer that question, reflect on all of your whitetail goals. Whether your goals are geared towards increasing population numbers, Quality Deer Management, Trophy Deer management or somewhere in between, you can't go wrong when you set out on a mission to micro manage the deer movements on your land.

*Do you want to shoot the oldest bucks in the neighborhood each year?

Then you will need to micro manage your buck movements.

*Do you desire to target doe harvest easily, so that you can efficiently control population levels with very little disturbance to your land?

Then you need to micro manage your deer movements.

*Do you want to improve sex ratios?

Then you need to maximize the number of bucks that move on your land during the hunting season.

*Do you want to increase buck age structure in the neighborhood?

Then you need to create the opportunity for bucks to slot into multiple micro movements on your land, during the most critical times of the season.

*Do you want to create an extremely low stress atmosphere on your land for the local deer herd?

Then you will accomlish your goal my effectively micro managing buck movements on your land.

My personal whitetail goals are all of the above, what about yours? By establishing the foundation of buck movement opportunity on your land, every other piece of the puzzle will fall in place. 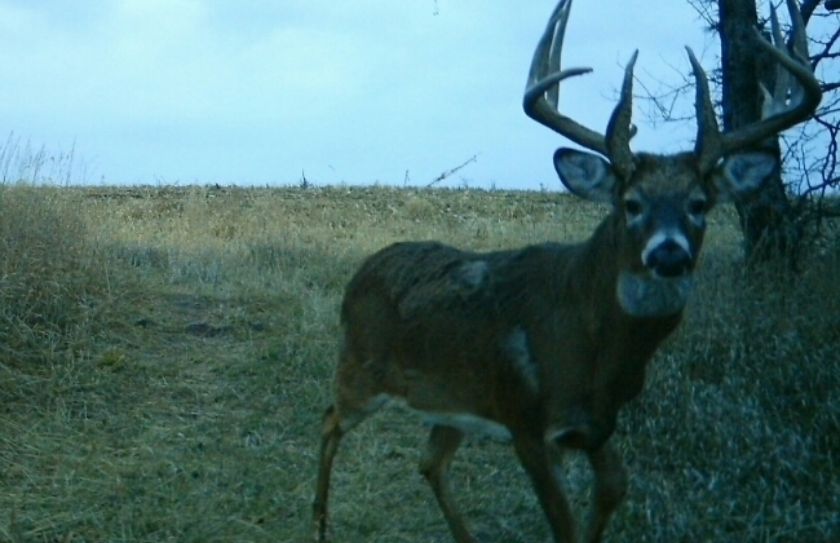 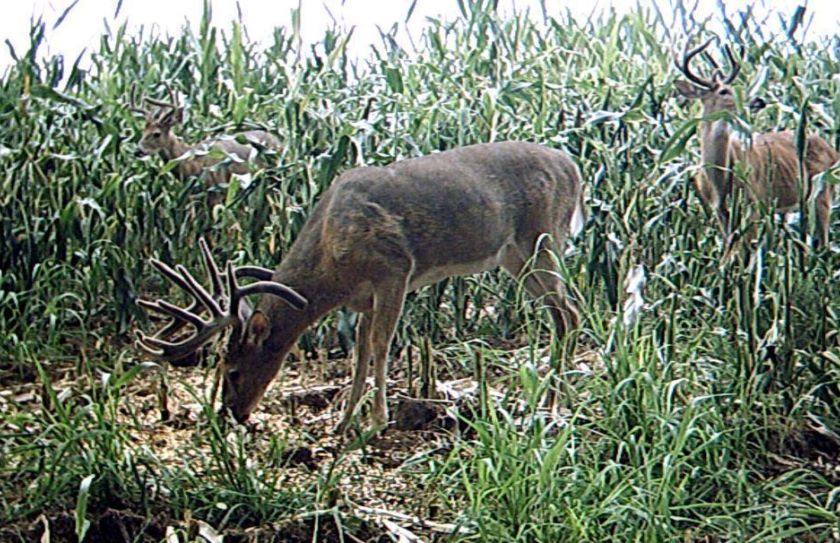 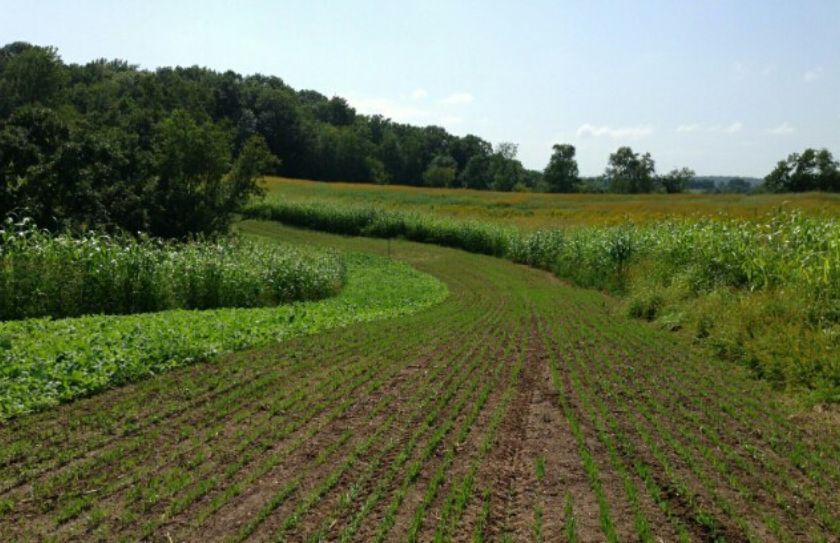