Back to Blog
Mature Buck StrategiesAugust 16, 2014

The whitetail pre rut will begin in most areas at some point during the last 10 days of October. Are your pre rut strategies ready, or you at least thinking about them? I am, and if you are like me your mind wanders a lot throughout the entire process of preparing for some very serious mature buck hunting. Thoughts of the approaching steps of giant buck, a deep grunt in the distance and watching the world wake up on a toe-numbing frosty morning all fill my head with an increasingly consuming focus geared towards the hunting season. There is no other set of thoughts that directs my focus than planning for my absolute favorite time of the year to kill a mature buck, the pre rut! The 3 phases of the whitetail rut have been written about extensively and it's no surprise that I would recommend that you get into the woods during the first phase. But hunting success to me is more about the entire strategical process, and I look forward to explaining both the "why" and "when" for your pre rut strategies guide.

*My latest book, All Weather Whitetails, can help you choose the best days to hunt during the Pre Rut, Peak Rut and Post Rut, as well as the entire rest of the season.

Why is the Pre Rut the Best?

I would like you to think of a mature buck as a ticking time bomb! To start the growing process, a buck begins his rise to dominance in the worst shape of his annual life cycle. He is beat-down, worn out and the fresh young spring growth is a critical addition to his winter-depleted diet. As he progresses throughout his lazy existence of summer growth, his health is replenished to an eventual impressive state, sporting an incredible set of bone on his head. Bucks of 4, 5 and 6 years old or older are incredible species and the transformation that they make is truly awesome to witness. Eventually they rise to the status of "King of the Woods", with an even greater social status (although very briefly) than mature does. Dominated by female social pressures and weakened by both the activities of the rut and the following winter, they build to a point of explosion in the whitetails woods; and that time is the pre rut.

There is some great research out there to report that does are bred the same time, every single year (search J. Ozoga). On the otherhand popular moon phase predictors vary greatly each year, depending on the moon. If a moon phase could predict the rut, how come does are bred at the same time every year? Whether you believe in hunting by moon phase or not, I am a firm believer that there is only 1 variable that you need to pay attention to when it comes to hunting mature whitetails: The weather.

While a mature buck is waiting to explode, so is the weather. A mature buck is ready. He is in his prime, healthy and by late October in most locations in the North 1/2 of the country he is ready to find his first doe. There is nothing better to kick off the start of the pre-rut, than a major cold front and from Vermont to OH to MO to SD and North, be ready for the explosion! As far as the weather is concerned, the season is changing quickly. Major fronts begin to blast the deer woods during October through December, as average daytime highs plummet and rain eventually turns to snow. Sometime during the last 10 days of October both weather and the rise of an Autumn giant come together to offer you an oustanding opportunity to kill the most mature buck in the woods.

*When will the rut begin in your area? Check out the clues in, "When To Hunt The Whitetail Rut".

When temperatures plummet by 10-15 degrees or more during the last 7-10 days of October, following a mess of unstable weather...make plans to hit your favorite bowstand! If you have a giant that lives close, he may not wander for miles like he will during the peak to post rut phases, but he will tear up his local hangout. Have you ever heard from a buddy that the rut is slow, but at the same time you personally are seeing rubs, scrapes and great buck movement in your neck of the woods? You both have the same moon phase, but the reason for the difference is because pre-rut activities are largely confined to a buck's primary core area. If you don't have a buck living within his core area on the land you hunt, it is very likely you will not experience pre rut behavior. A buck of virtually any social status can easily find one of the first receptive does available, but his primal urges are really kicked off by the annual change in the season and the decrease of light in the sky. He doesn't need to wander far, but with that first frosty morning he begins to assert his stardome within the several acres surrounding his daytime bedding area. Make sure that those frosty mornings are a large part of your pre rut strategies!

How Do You Hunt the Pre Rut?

Obviously I love a frosty mornings, and it's because mature bucks can be considerably active during those Pre-rut, cold and calm mornings! Morning temperatures in the 20s are often still in the high 30s at noon, even if the daytime high will be 52 degrees. I find mature bucks cruising all morning long, with my "sweet-spot" of buck harvests occuring 2-3 hours after sunrise. During the middle of the day however, there really isn't much of a need for bucks to be overly active. Warming temperatures deminish buck activites considerably into the aftrnoon hours, but I have noticed a small increase in movement during the evening as the temps begin to fall during the last hour of daylight. My absolute favorite stand locations are positioned between mature buck daytime bedding areas, on secure, brushy travel corridors. When you add the topographical features of a connecting cruising bench you may find that you have located a reliable spot to kill a pre rut buck for many years to come!

The pre rut phase is not quite yet the time for all day sits! I have had great success with a pattern of hunting an oustanding morning stand that relates to a mature buck's daytime bedding area as late as noon, and then switching to an evening stand that relates to food for the last 3 hours of the day. The majority of my oldest and largest bucks have been produced during pre rut morning hunts, but a couple of harvests have also come from evening pre rut sits, typically within an hour of dark or less. I place a huge priority on morning hunts during this phase because I have experienced that I have several hours more during a sit to take advantage of mature buck movements, than during the evening hours. This is also the time when I have been able to effectively target a specific mature buck that I may have been after for years, while he is still within a very definitive pre rut, core pattern of movement. Until that buck has a tough time finding does within his core area, he will stay fairly "local", but like all good things, they must eventually come to an end and he will begin to range far and wide for his next receptive doe during the end of the 2nd phase and 3rd phase of the rut.

Be sure to check out the traditional Rut Timing, for your area!

When Does the Pre Rut End?

Along with the rollercoaster of unstable weather patterns, a pre rut mature buck can be definitively targeted when conditions are cold and when does are beginning to approach estrus. The pre-rut ends when a high % of does enter their extrus cycles, and mature bucks begin to be locked into the several days of movements required to breed a specific doe. The drop in activity is significant, and although mature bucks can still be harvested as much as almost any other time of the year, their movements are more random and therefore less predictable. Simply, a mature buck doesn't travel much because he doesn't have to, unless he is searching for his next doe. The Peak and Post rut may offer more random chances on specific monarchs, but the opportunities tend to be sporadically frequent as a buck experiences an ever-expanding circle of movement to potentially locate his next doe. The degree of difficulty fo find a receptive doe often increases for a buck well into the post rut phase, and into an eventual closure of the primary rut.

I can't wait for the late October explosion! I can't wait for my toes to be numb as the sun is rising, to see the steam rising from a mature bucks nostrils and to hear the march of his heavy step-step-step. There are food plots to still maintain, hidden public land honey-holes to scout and a lot of arrows to fling, but the early bowseason weeks will fly-by as they always do. For me personally, my goal is to have a local giant "on the ground" by November 1st, while fully taking advantage of this season's late October pre-rut! While I love to hunt all phases of the rut, there is nothing better than definitely going after your next hunt of a lifetime before a lot of guys have even entered the woods. Try to make these pre rut strategies a part of your can't miss hunting formula for this year; and I look forward to hearing all about it! 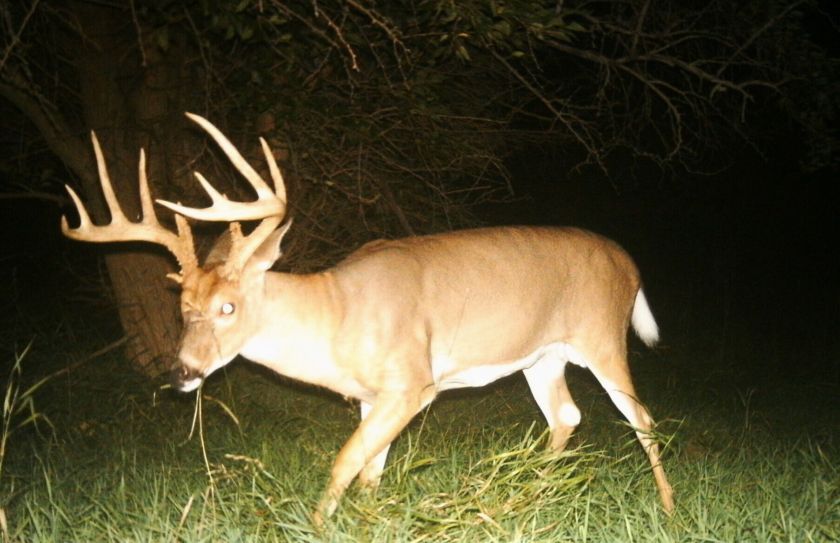 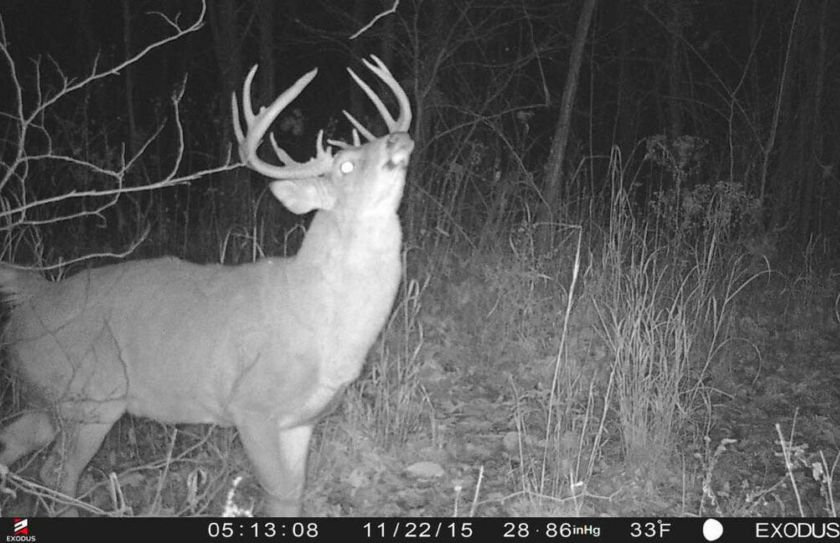 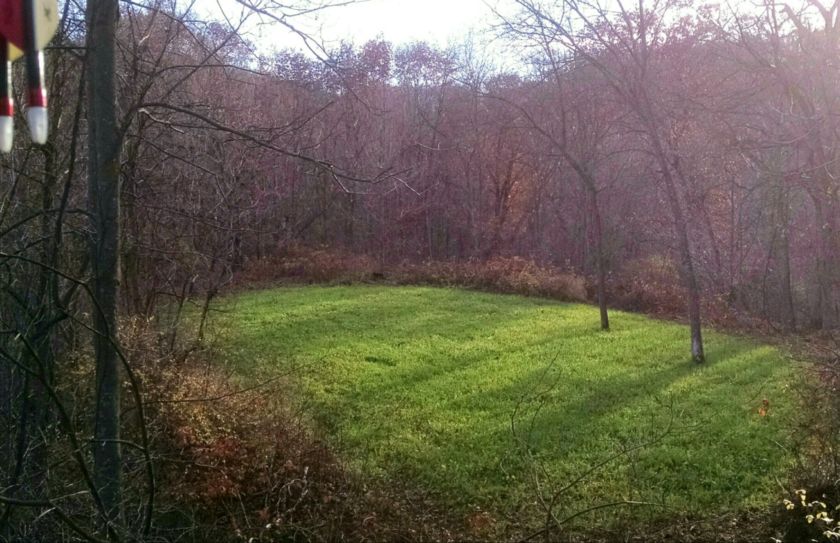 Which Rut Stand Should You Sit In