Back to Blog
Mature Buck StrategiesAugust 30, 2017

Now more than ever there is an overabundance of online information to help guide you to hunting success. Whether you are looking for whitetail content concerning private or public land, you can find it, and you can find a lot of it! The only problem? Only a portion of the information may actually be a good fit for you. When it comes to hunting public land buck beds and bedding areas, there will be hunters that hit their mark for accurate strategies that are a fit for their region, and there will be many hunters that will be taken down a path that will be completely off target. As the saying goes folks, "there is more than one way to skin a cat". While hunting buck bedding areas on public land may be all the rage, that doesn't mean that every piece of great advice, is great advice for you.

*Some of my favorite public land hotspots have been within vaste, wilderness settings that feature very few hunters and a lot of habitat to cover. It pays to create an extremely efficient scouting strategy.

There are 3 basic public land buck bedding strategies that you need to pack away into your hunting arsenal bag of tricks, to have an adequate plan of attack for the various habitat types that you may be scouting and hunting, this season.

Do you like trying to find buck beds on small islands of cover in marshes, swamps and various types of beaver habitat? I do too, and this is the one habitat type where a buck bed hunting specialist may be able to find success, but even then there are some wetland habitats that are better than others.

Should you hunt wetland bedding areas? Maybe. Wetland bedding areas offer one of the very few public land habitat locations that you should attempt to hunt a buck bed. Unfortunately this does not apply to incredibly vast Northern settings, where marshes, swamps and lowlands can span for miles. Due to the lack of precision, scouting and locating buck beds in vast wilderness settings can be an exercise of forever chasing a moving needle in a haystack. However, in limited marshland areas with defined habitat change bounderies within a section of land (instead of many sections), hunting individual buck beds can be a great practice! By locating single buck beds, or small buck bedding islands, you can try a couple of great strategies. Setting up on the dowwind or crosswind side, and waiting for a mature buck to return during the morning hours is one sure-fire tactic. Another, is to locate as close as possible to a mature buck's bed (even considering which way that he is facting), and then wait for him to exit during the afternoon hours.

If you are located in large, undefined wetland buck bedding areas, try focusing on funnels and non-deer habitat such as beaver ponds and wet-marshes, to both access and blow your scent into, while hunting a particular funnel. In large undefined public wetlands, you will experience a much higher level of efficiency and kill rates, but spending your time narrowing a buck's movements to a 10-40 acre bedding area and then chipping away from the outside from several non-invasive stand positions, then attempting to scour his core bedding area for one single bed. Keep in mind that in confined and defined marsh bedding areas a buck's daytime movements are often short and limited, whereas a mature buck in a wilderness setting will have a much longer daily movement from food to bedding, and back and forth. Your efforts should reflect either the pinpoint precision of defined marshland hunting or the long-distance, vast wilderness hunting style. While the size and necessary approach for your location is your call one thing is for sure, there is no 1 strategy that you should be using for either variety of wetland habitat.

After 17 seasons hunting the public land rolling hills of the Allegheny Reservoir in Northern PA, and the last 6 season in the jagged terrain of SE OH, I have developed an extreme passion for huge, public land topographical features. However, let the buck bed scouting hunter beware!

Should you hunt hill country buck beds? Probably not. No different than the vast, unbroken wetland wilderness public land chunks, scouting, locating and hunting individual buck beds within giant hill country tracts can be a highly futile process. By focusing on known buck bedding locations of major benches, point and saddle combinations, your efforts will be more predictably rewarded by hunting the natural funnels that lead to and from an area of 10-40 acres, then attempting to find, access non-invasively and sit on top of a suspected buck bed. This strategy allows you to capilize on major mature buck movements within pin-point broken topography funnels, over and over again, without spooking deer. You can "live to hunt another day", while at times using the same stand location over and over again. Just like major wilderness wetlands, it isn't uncommon for a mature buck to move a mile or more during the daylight hours, and your efforts should focus more on topography constrictions within his daily patterns of movement, then risking an attempt at his specific bedding location. The longer you can allow a mature buck to be unpressured within his bedding area while you hunt him, the greater the odds each sit, that you eventually kill him.

*There is a method to the madness! For more public land hunting strategies, make sure learn about these DIY Rut Huntstrategies.

Nothing says conifer, old growth hardwood, low value mature softwood and fairly flat, better than much of MI, the upper 1/2 of WI and Northern MN. Sure, there are some giant public land buck beds to find, but should that really be your focus?

Should you hunt mixed habitat flatland buck beds? Rarely if ever. While the entire deer herd will relate to major combinations of edge habitat, those locations are often scattered confusingly over great distances. Due to flat or semi-flat terrain, hunting pressure is magnified when compared to hill country locations, and I have experienced that mature bucks frequently change bedding areas within a fairly large area of 100 acres or more. Locating funnels on the way too or from major concentrations of edge habitat is a great strategy to employ in these locations. Edge habitat equals food and food within large, unbroken mixed habitat locations can be hard to find. However, when you do locate food, you can bet that funnels leading to those locations can be hotspots of buck activity, as virtually every deer in the woods relates to the diversity of natural browse provide by several edges converging as one. While individual buck beds may be ever changing and nearly impossibly to pinpoint within mixed habitat public land locations, the scattered major edge habitats that provide a decent value of food, really stick out!

At times hunting individual buck beds on public land can offer some very high success rates, but that depends on the habitat. Major ag areas of light hunting pressure and a high supply of mature bucks are a great region to practice your buck bed locating hunting skills, for a couple of reasons:

2. Low pressure states of Iowa, Kansas, Nebraska and others, afford you the opportunity to spook a buck on an invasive bedroom sit, while still being able to quickly find another buck to hunt.

While some Midwestern States even have public land hotspots that create buck bed hunting opportunities, whether you are hunting private or public land, there are very few and specific locations where your efforts carry a greater advantage by hunting individual buck beds. Why? Because if you spook a mature buck out of his location 1 time -unless you are located within some of the lowest pressure states- your opportunity is most likely spent for the entire season.

*When hunting for long range cruisers on public land during the rut, it past to follow the cold weather formula used within this 2017 Rut Forecast.

The public land buck bedding strategy that you choose, should not be based on your favorite style. Why? Because the lay of the land and habitat dictates which strategy that you need to apply, and not quality of the content of your favorite hunting method. As a general rule, if you hunt within very defined, small movement daily patterns of mature buck behavior, hunting specific buck beds may be a great tactic for you. However, if you hunt vast public land tracts where bucks can often move a mile or more during the hours of daylight, taking aim at highly defined funnels within a buck's pattern offers much higher success rates. Finally, if you enjoy the mature buck, private or public land opportunities of some of the low pressure States, you can practice your buck bed hunting pursuits without spooking "the big one", because there are often several big ones. If you match match your buck bed hunting practices correctly to the variety of habitat that you hunt, you should experience a great hunt, this season! 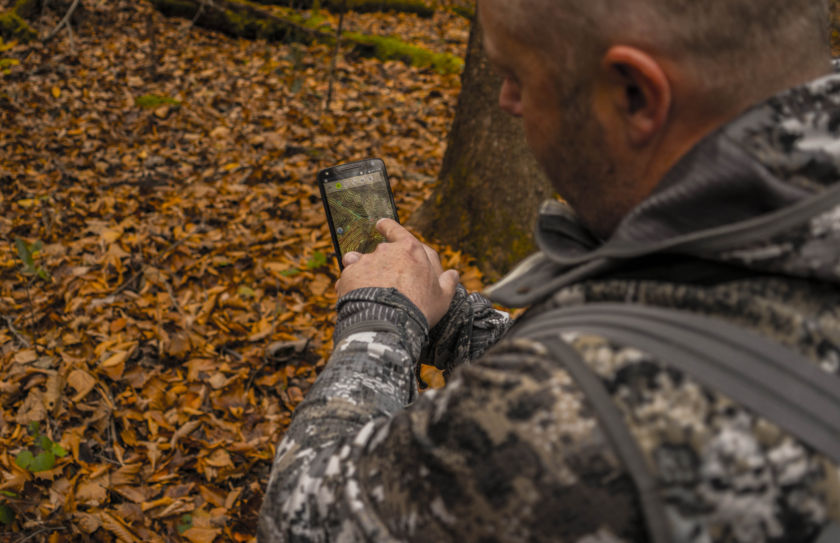 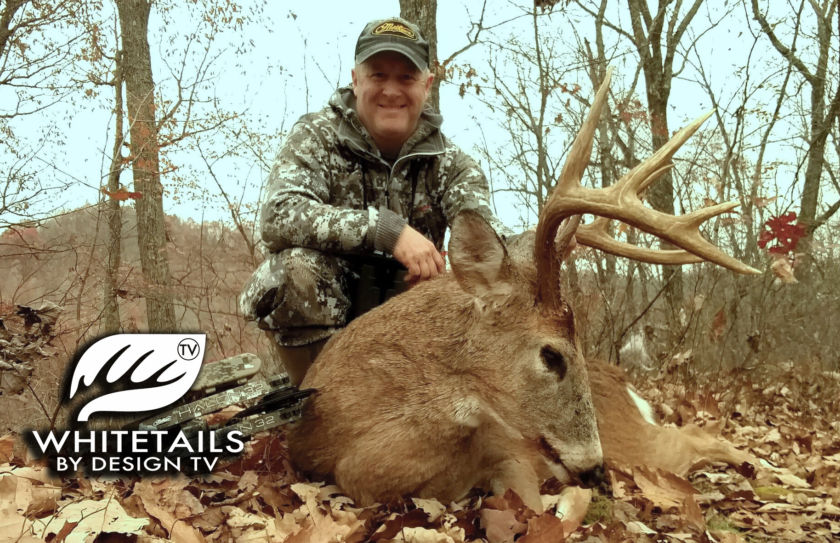 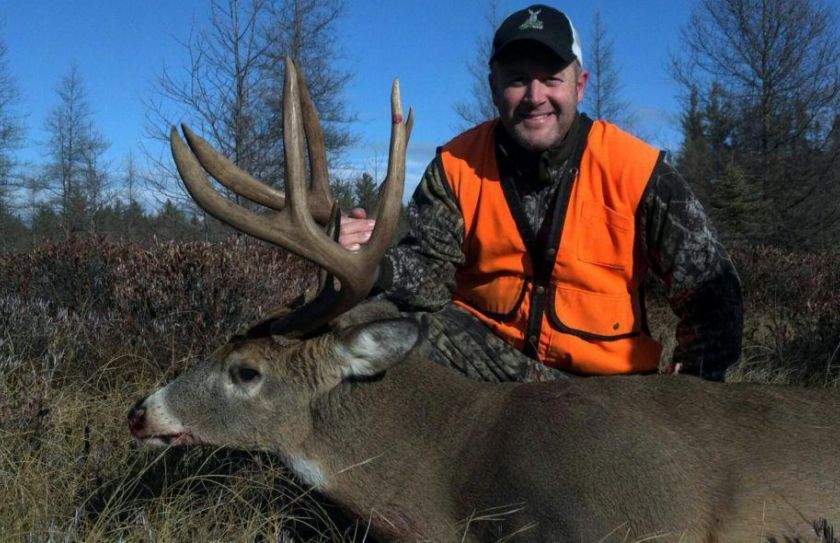