Back to Blog
Mature Buck StrategiesJuly 18, 2014

Any one hunter who shoots a mature buck in the morning is lucky, the seasoned southern deer manager explained. Well, I was fortunate enough to be sitting in the audience to hear one of my idols, and I was actually shocked. I remember turning to a friend who had traveled with me hundreds of miles to hear the lineup of distinguished speakers, and his face was displaying the same level of surprise. You see, as a Midwest mature buck hunter Ive learned to place a high priority on my pre-rut, late October and early November bow hunts. Although I typically hunt from Mid-September to early January in several states, if priorities dictated, Id trade the entire season for five cold-morning sits in late Oct to early November and would still expect success.

A Time of Reflection

Part of my astonishment may have been due to the fact that in the previous season of 2005, I had just arrowed a beautiful five-year-old buck that grossed over 170 inches on an early morning sneak. However, much of my astonishment came from a lifelong of hunting pursuits dating back to 1987 when I missed my first opportunity at a mature buck in the early hours of a misty November morning. Also, that 1987 opportunity was probably reflective of the differences in my hunting experience from that of the famed southern deer managers. At the time my main hunting grounds were the open agricultural lands of MIs thumb area, a region where five and ten acre woodlots were the norm and a mile walk backwards to the woods to shield yourself from the icy December winds, was unfortunately not out of the question. In this typical Midwest agricultural setting you either got into your stand position with a favorable downwind after a deer-less approach before the deer did, or you had an almost impossible task of getting to within bow range later in the day. It was during these seasons of my young hunting career that I experienced the value of morning hunts during the pre-rut of late October and early November, and it was there that I was taught, The early hunter gets his buck.

That 1987 hunt seems so long ago, but it was the beginning of such a familiar pattern. During the last 20 years the majority of my oldest bucks have had 3 things in common, including: A cold early morning sit with a bow, using the stand for the first time for the year, and hunting during the magical period of pre-rut. In fact, that pattern has been drilled into my hunting experiences for such a long time and so consistently reinforced, that it has become almost an all-consuming year round focus of planning for the next years morning big buck harvest. The pattern has also turned into such a high percentage of harvest opportunity that I hope you can begin to understand the shock that hit me on that summer day back in 2006 while sitting in an uncomfortable mettle metal chair and listening to some of the experts. Throughout the rest of this article I will convey to you how you too, can experience the success of the morning sneak, and if that famed southern deer manager is reading, Id like you to know that there just may be a little less luck in hunting mature bucks in the morning than you realize!

My 2007 scouting season on my SW-WI lease began not much differently than any other year. I left the truck with a partial coating of snow on the ground, a partial roll of orange flagging ribbon in my pocket, and a partial idea of where I wanted my next great morning stand to be. It was a late January afternoon and the snow was at least a week old, which was perfect for eyeballing a collection of established travel patterns, bedding areas, as well as the previous seasons rutting activity. I had a bedding area in mind to locate and wanted to find a tree in a downwind funnel to mark for a future stand location. The set-up was perfect! The bedding area had much more sign many more signs than I thought and was built into a small bench on the SW side of a point that jutted straight south around 300 above the north side of the valley below. A small growth of red cedar filled the SE side of the point, which would make for a good use of screening cover on a future morning sneak. Because of the point and steep face, complete with several rock outcroppings, another bench formed just below and acted as a double-funnel for deer to travel along the top of the point, or below on the bench. Where the two travel routes pinched together on the east side of the point, I found the best available tree and flagged it. All that was left was to flag the end of each potential shooting lane where they met a deer trail at the edge of my effective shooting range, and I was out of the area with dreams of a monster whitetail in the early morning hours of the pre-rut.

The stand and shooting lanes were cleared in late spring and by mid-October I was having a very hard time staying away from the stand. My rut hunt during the first full week of November was coming fast, but something happened to change my plans a bit! A cold front was blowing through on October 27th, and I was hopeful that the 20-degree drop in temperature, would reward me with a hastily planned weekend hunt.

The morning sneak was a long one! Over mile of walking across a neighbors cow pasture, then straight down 200 in elevation, west a mile, back up to the NW 100, down another 100 to the SW, over 200 yards to the west, and then back up 50 to the NW, followed by a short climb into the best available tree for a stand, an old crooked oak that only allowed me to get 15 in the air. The best location and best available tree was going through my mind while I climbed, and to point out that I was a sweaty mess would have been an understatement. But, the ideal wind direction was stiff out of the NW above, while blowing straight over me and above the hollow below. My downwind was blocked by the steep drop and thermals, and I was set for an all-day hunt. Little did I know that the very buck I was hoping for, was getting his picture taken by one of my game cameras above me, roughly 150 yards away!

7:00 rolled around and there was no sign of any deer. 8:00 came and went, 9:00, and by 10:00 I was feeling those lingering doubts we all have experienced. But, the sun was shining brightly, the wind was almost calm at my elevation, and my sweaty undergarments had shed their moisture to the outer layers, to leave me snug and warm. I was also relaxed by the thoughts of all the years of successful morning sneaks, including the majority of my best four and five year old buck encounters. I can even remember a short conversation I had shared with a close hunting friend that very morning as we discussed, I can even remember a short conversation I shared with a close hunting friend that very morning; Enjoy the morning! By mid-morning you may be wondering why you didnt choose a different stand, questioning whether you should have gotten out of bed, and sometimes daring to utter the thoughts of what a terrible morning. Then, 20 minutes later you are standing over an expired monster and frankly should have been enjoying the morning all along! You just never know!

Its taken many years of slowing down to be able to enjoy a slow morning, but I was thoroughly enjoying the morning of the 27th and I hadnt even seen a deer yet. Then, as often happens, my wandering thoughts turned into instant anticipation as a flood of excitement sent waves through my entire body. Yep, that was a grunt, deer, and antlers-lots of antlers! They were coming from below and to my east about 50 yards away. The doe and fawn were leading the show and made a sharp turn to come directly at me. It was at this time I felt very fortunate to have taken the time to pile of the debris from clearing my shooting lanes on the deer-side base of my tree to keep the deer away from a steep-angled shot, and away from any lingering scent left over from climbing into the tree. Of course, the other of the brush, I take took great care in placing at my furthest shooting points and beyond, to effectively pinch the deer travel into the sweet spot of 10-25 yards, and those does were following the script.

The does continued towards my tree, angled up and to the NW around the brush and past the tree, and then stopped somewhere behind my left shoulder. With a quick grunt the buck began to follow, and to my relief, I heard the doe and fawn move un-spooked away. Now, Im not one of those guys who come back to camp to tell you about the 15 pointer they couldnt get a shot at. Instead, Im one of those guys that make a split-second decision of shooter or not, and gets ready for the shot. I thought maybe the buck was a nice 3-year-old 12-point that we had numerous pictures of, but I was worried more about the shot on an obvious shooter then mentally measuring his G2s! The buck came closer and closer, and finally paused long enough at 15 to get a shot. Little did I know he was indeed the 5-year-old buck I was dreaming about, and he actually did have 15 scorable points!

Was this just another buck story? I guess in some respects it was, but I ask you to consider the carefully constructed plan that was both predictable and realistic. The stand was located downwind of a great bedding area with deer-less approach and a potential downwind blocker due to topography. The access to the stand was screened from the bedding area and covered two funnels that converged into one. The agricultural field and plantings were 150 yards away, and the photo of the buck at the edge of that field while I was entering the stand, was proof that my very difficult approach that was well below the large feeding area, was worth the effort. The stand location was also saved for the perfect time of the year and hadnt been accessed since installation. The perfect wind, the perfect morning, and the perfect Midwest agricultural hunting pattern that fits like an old familiar glove, had been repeated yet again, and I cant tell you how much passion I have for planning my annual morning sneaks!

Over the seasons Ive learned to save the best of my morning stands adjacent to bedding areas for the pre-rut when bucks seem to get back to their favorite daylight hang-outs just a little bit later. Some of these stands I sit in once a year, some twice, and some of my favorites go un-touched, as the conditions never become favorable for the perfect morning sneak. However, when the conditions are right and the stand has been preserved, you havent only planned for success, you expect success and get excited about it, because in my experience there is not a more predictable outcome when hunting the mature monarchs of the Midwest. And, if you happen to lack the experience of shooting big bucks in the morning with a bow, spend a little more seat time in a Midwest morning treestand, where careful planning will lead to a pattern of predictale success.

This was Chapter 21 of my first book, Whitetail Success By Design. If you enjoyed this chapter you can purchase either of my books here. 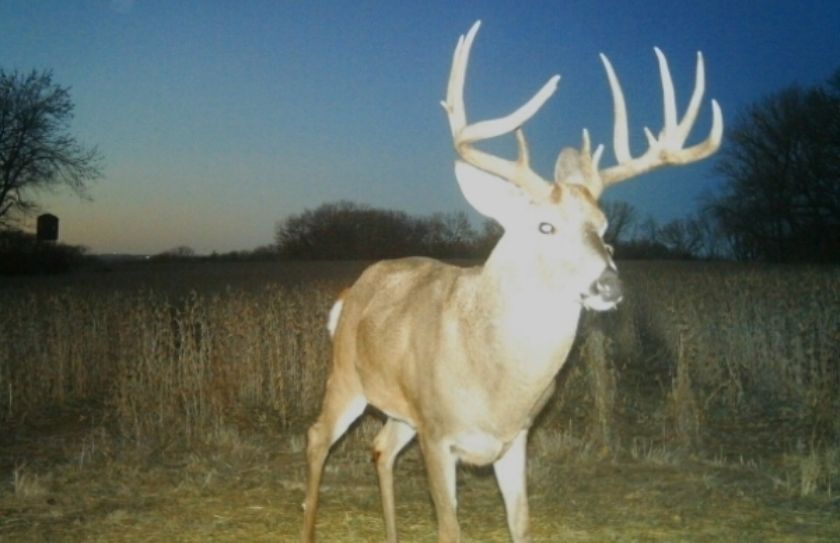