Back to Blog
Mature Buck StrategiesJuly 01, 2016

Since 2004 I have developed an easy mock scrape system for attracting mature bucks. However, this system doesn't rely on huge numbers of random scrapes. Instead, this buck scrape strategy simply relies on a smaller number of precisely created, highly effective scrapes.

With most strategies in the deer hunting world, in particular when it comes to mature bucks, you have to learn to evolve or be left behind. When it comes to an effective mock scrape system, this is partially true. Creating natural setups are still as important now as they were 10-15 years ago, but so many methods have developed along the way to make sure that not only do mature bucks take to a particular mock scrape, but that they do so quickly. The following video explains my latest and most favorite mock scrape system. Make sure to check out what walks into the video at the end, only 4 days after the scrape was made!

What does it take to create a highly effective mock scrape system? Well first it takes a great spot! I strongly recommend that you make a mock scrape within 40-50 yards of a stand location, and within a line of deer movement that you are attempting to ambush, located between bedding and feeding. However, once you have found the location you only need a few important scrape making ingredients:

The video shows how to create a quality mock scrape system, but for the basics the process starts with locating two trees that are 15-20' apart. Make sure to find a flat location between the trees, of at least 4-5' in diameter. This will be where you make sure to hang the vine over. I start by tying one of the the rope about 10' off of the ground, and then locate the spot on the rope to tie the end of the vine to. I then cross 2-4 tip-ties across the knot, to make sure that the vine stays completely secure. A well placed elbow in the vine is very handy to tie to! Once the bottom of the vine is positioned at waist to belly high (your waist or belly), then simply tie the other end of the rope to the 2nd tree to secure. The rake can now be used to completely flatten the area, and you can finish off the scrape by peeing on the portion you have raked off.

*The vine used in this mock scrape system, played an important role in one of my 2015 buck harvest...in fact, you can see how the buck was actually in the trail cam along with the vine, at the moment of the shot. To check out the story, make sure to read "2015 Mock Scrape Mature Buck Results".

The entire mock scrape system can take 10 minutes or less to make and a reclusive old giant will easily relate to the vine that appears to be hanging from the trees. It creates an extremely nature appearance! One mock scrape in each location is perfect, because each scrape that you install within the the immediate area, lowers the overall value of each scrape. A great guide is to only create 1-2 scrapes per stand location on your land. Your goal should be to make your new scrape one of the hottest tickets in town; with zero competition nearby. 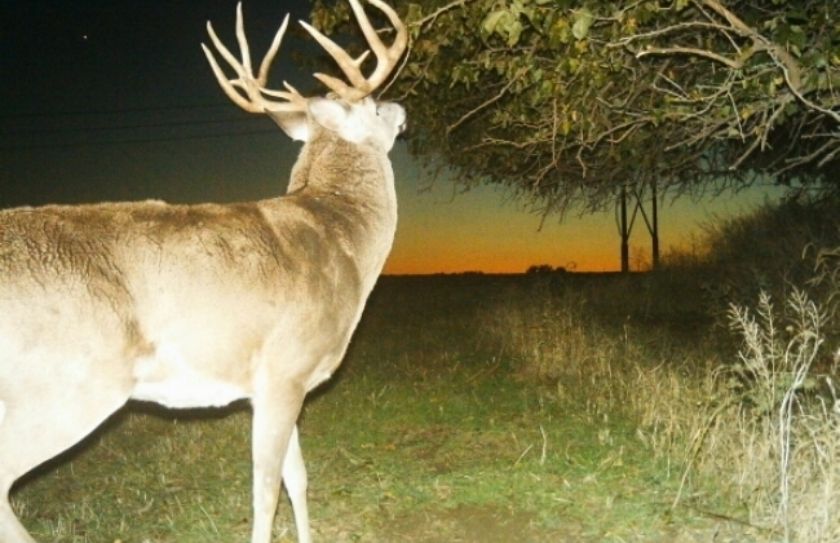 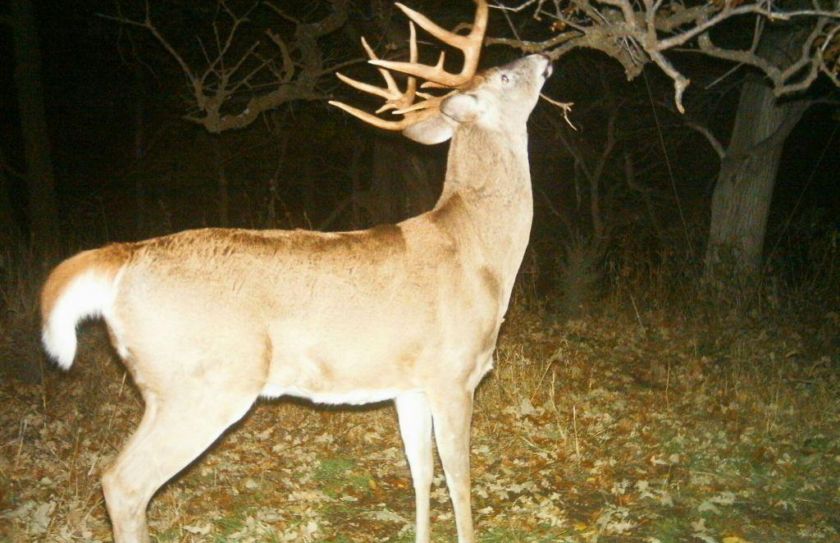 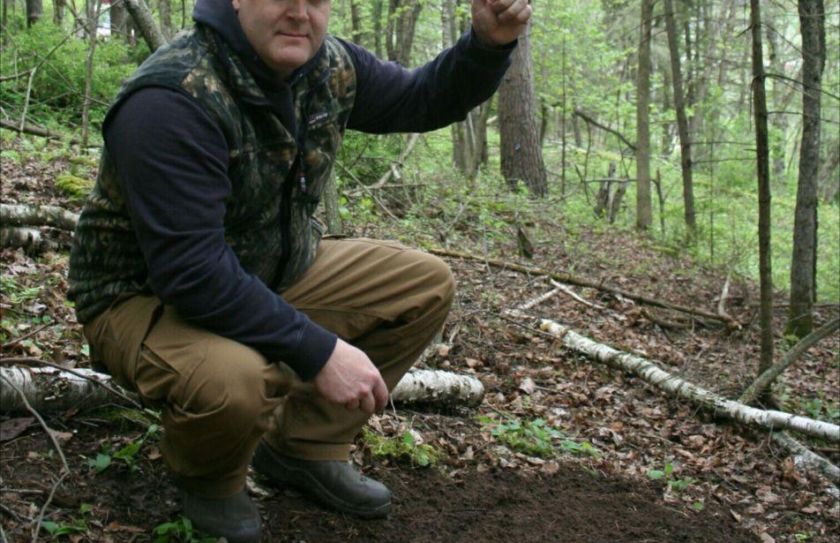 Buck Scrapes, "To Pee or Not To Pee"