Back to Blog
Habitat and Herd ImprovementFebruary 19, 2018

How To Plant Switchgrass For Wildlife Cover

Switchgrass is one of the easiest forms of wildlife cover to plant and if planted correctly, switchgrass can be fully established after only 2 Summers of growth! Learning how to plant switchgrass by either frost seeding or using a no till drill, will offer you 2 sure-fire ways to establish a deer and small game habitat magnet.

*Want to transform an old field into deer and wildlife cover as fast as possible? Using switchgrass for Deer Bedding Cover correctly, can be the fastest and most effective form of bedding cover that you can plant!

Why Use Switchgrass For Wildlife Cover?

A client parcel visit last Winter in SE MN really hammered home the point again, that if your field of wildlife grass is laying flat in January, it is providing absolutely for the local wildlife population. Great cover in the Summer that is gone in the late Fall and Winter, is not great cover. Can you imagine a wildlife population that could somehow be built during the Summer months because of that cover, only to be left without any of that cover during the time of the year when they need it the most? That's why on many CRP fields and pheasant plantings, pheasant are re-introduced nearly every season because the cover that has been planted is not sufficient to create a sustainable pheasant population. The same concept applies to rabbits, deer and any other critter that needs that cover during the Fall and Winter months, to survive. However, switchgrass, is not like any other grass!

When heavy snows and high winds begin pounding the landscape during the late Fall, switchgrass will always be the last grass standing. Pure switchgrass is one of the greatest assets to a wildlife and whitetail habitat enthusiasts. Easy to grow and fast to establish, switchgrass can be used to either hide wildlife within the grass itself, or to effectively screen daytime browse sources and early successional growth within pockets of hidden habitat diversity. And the best part about switchgrass? When all other grasses has been crushed by the weight of a harsh Northern Winter, switchgrass can still be standing strong and supporting sustainable wildlife populations all year long.

It's a good time to think long and hard about your own CRP fields, pheasant plantings or deer cover creations and ask yourself two questions:

Switchgrass can be the easy answer that you have been searching for, to provide year-round cover to a variety of wildlife species. While adding more grass varieties to the mix does not truly equal diversity, using switch to screen and hide early successional growth pockets within your switchgrass plantings, does. Trying giving the wildlife on your land the level of diversity that it requires to create sustainable wildlife populations all year long, by using switchgrass as the base form of year-round cover, on your land.

*Using our UTV model Genesis 3 from RTP Outdoors, I was able to transform this open point of low-value weed growth (upper pic-April), into wall of switchgrass screening (lower pic-February), in only 4 months of growth! With an additional application of Simazine prior to spring green-up in late March, prior to the full growing season, I can insure that this portion of my switchgrass is not only incredibly thick and pure, but that it approaches 7' high by the end of only it's 2nd full Summer of growth.

The great thing about both of these switchgrass planting methods, is that you do not need to plow, disc or till the ground. In fact, you do not need to work the soil in any way! Whether you rent, own or buy a quality no till drill like our Genesis 3 model, or prefer to frost seed into exposed soil within a previous food plot, ag field or opening that has been chemically controlled to eliminate weed growth, you can easily establish switchgrass cover this coming Summer!

When either method is used, I recommend using up to 4 quarts per acre of Simazine at least 2 weeks prior to spring green-up. In MN, WI, MI and NY, that typically means late March. Simazine is a pre-emergent herbicide and should kill a strong % of the weeds within your openings. If weeds are still present in late April and early May, then a mix of 2 quarts per acre of Glyphosate and 1 pint per acre of 2-4D, should take care of nearly all remaining weed growth. The perfect timing for the gly and 2-4D mix is when weed growth is approximately 8-12" high and during a Spring warm-up, so that the weeds are in an aggressive growth phase and can be killed at a very high rate of effectiveness.

You need to be patient, because your switchgrass will not germinate until the soil temperature is in the mid to upper 50s, which is right at the same time as corn, or slightly after. There have been times that my switch was only 2" high during the last 10 days of June, but then approached 4' by late September. If you still have a few weeds showing prior to your switchgrass emerging, a 2nd spraying of glyphosate can be appropriate during the 2nd or 3rd week of May. Of course if your switchgrass has emerged and you spray glyphosate on it, it will kill it - so use some caution if you spray in mid to late May! The following year your switchgrass will emerge during Spring green-up, so only the spraying of Simazine prior to green-up, can be used.

*It is critical to keep in mind that the cause of nearly all switchgrass failures, is weed competition. I strongly suggest that you practice an effective herbicide strategy for establishing switchgrass!

1. No Till Drill For Switchgrass

The beauty of a no till drill is that you can use the drill to cut through dead thatch (and even live growth), to drop the tiny switchgrass seeds into exposed soil cuts, at the desired depth of just under the surface. No plowing, discing or tilling needs to take place and in fact, it is actually preferred when using our Genesis 3 model, that the dead thatch and debris is still in place. Firm, dry soil is also acceptable.

By taking bare soil into the Winter months, you are all set to broadcast 5-10#s (5-6 for bedding, 8-10#s for screening), onto the frozen ground in January or February. Even early March is OK, but keep in mind the seed actually needs several frosts and freezes, along with a sufficient level of moisture, to germinate. This process is called frost seeding, and it is an exceptionally effective method for planting switchgrass, into last year's food plots, or into agricultural fields that were previously planted in corn or bean fields.

*It's not about fancy blends and deer cover mixes! Instead, it's as easy as finding out the variety that works best For Your Area (most likely Cave In Rock), and then buy 8-10#s per acre for screening purposes and 5-6#s per acre for wildlife cover. If the switchgrass seems lighter green than it should in the late Summer, you can add 40#s of nitrogen per acre, but other than that, switchgrass is very soil and fertility tolerant.

What Switchgrass To Buy

There is a variety of switchgrass seed that you can buy and when you add in the proprietary mixes by several of the various seed companies, your search can at first seem confusing. However, what you should look for is the thickest and tallest switchgrass for your area and in the majority of the North 1/2 of the country, that variety is Cave In Rock. There are "bedding in a bag" type mixes containing blends that various companies claim is the latest and greatest wildlife cover mix however, when food sources or other grasses are added to the switchgrass variety that should otherwise grow the best in your region, you diminish the overall value of the cover that you are attempting to create. Why add grass and food to cover, that falls within and leaves holes within that cover? There really are no good reasons. Make sure to do yourself a favor and check out a Wildlife Seed Company, that carries the variety specific to your location. By planting a pure, single variety switchgrass seed, you can be assured of a solid, tall stand of switchgrass that is the best fit for the habitat and wildlife in your area.

*You don't need solid plantings of switchgrass to get the job done! There are 8 separate swithgrass plantings in this 10 acre valley, that I used to create Bedding and Screening cover for all forms of wildlife, within the entire area. Even the switchgrass that has only grown for 4 months is now being used for rabbit cover, in areas that did not previously have any rabbit cover whatsoever.

What is the #1 form of cover that you can plant to quickly create sustainable wildlife populations including rabbits, pheasants and deer? While scouting whitetail parcels for clients in two dozen states, I have found no better planting than switchgrass. In fact, it isn't even close. Whether you use a no till drill or have prepared your ground sufficiently for frost seeding activities, those two methods offer you outstanding opportunities to plant switchgrass that can be fully grown by the end of the 2nd Summer. In fact when chemicals are sufficiently used to eliminate weed competition, don't be surprised if your switchgrass planting is approaching 4-5' high and offering significant cover opportunities for all forms of wildlife, by the end of the first Summer. 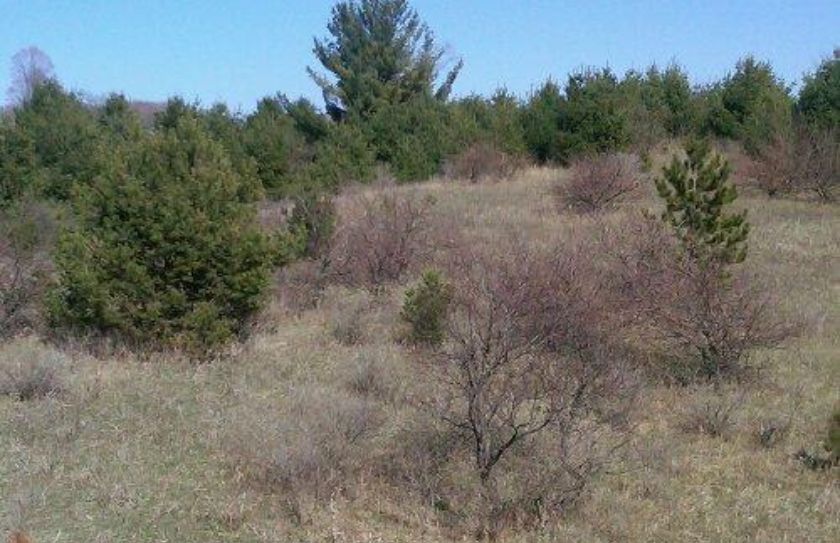 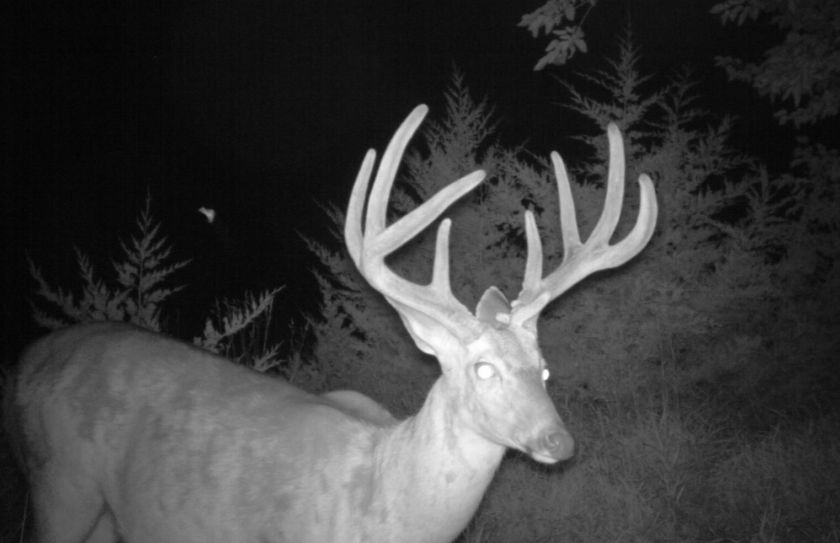 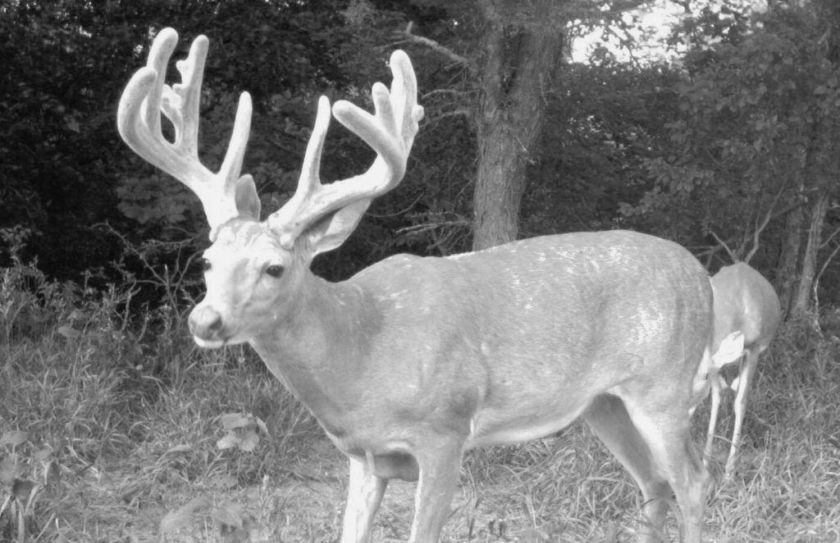