Back to Blog
Habitat and Herd ImprovementFebruary 17, 2016

Do You Need To Increase Deer Numbers?

Do you need to increase deer numbers on the land you hunt? Then this article may be for you. However, if you are waiting for your neighbor's or your State's natural resource department to do it for you, you may want to browse for another topic to read about. Because this article is about the personal role that you can play, in raising or lowering the deer numbers on your own land.

*Are you ready to capture your whitetail potential? Then my "Whitetail Success by Design" trilogy of books, offers you the complete line-up of habitat, herd and hunting strategies. There are also over 100 reviews on Amazon, so make sure to check those out too, if you would like to see how others have been helped by the what the books have to say.

I need to get this off of my chest first, and then we can productively move on, but in general, I believe that we collectively disrespect and devalue our role in the entire process of herd, habitat and hunter management, when we simply leave the fate of our deer herds, to others. I can think back to 2006 when a neighbor on public land blamed his lack of deer sightings, for an entire 2 weeks of hunting, on 3 things: Wolf management, antlerless bow permits and "Sugarbeaters". What is a sugarbeater? A sugarbeater is a somewhat derogatory term given to the hunters that annually travel from MI's Southern Peninsula, with bait (often sugarbeats), drive across the Mackinaw bridge and then hunt in MI's Upper Peninsula. When in doubt, it is common to blame the sugarbeaters, and the lack of deer sightings didn't escape my public land neighbor's pointing finger in 2006. You may be thinking that my public land hunting neighbor had good reason to gripe, because afterall he is bound by constrictions of public land management, right? Personally, I didn't agree with the gripe then or now, hence "my rant".

During 2006 my trail cameras revealed the movements of 17 different bucks, on both public and private land, completely surrounding my public land neighbor. Throughout the entire season I passed on 11 bucks, and killed 2, while hunting from approximately 20 different stand locations and blinds, on both public and private land, in all directions. During 2006 my neighbor celebrated his 30th anniversary sitting in the same blind, staring at the same bait pile, for 2 weeks straight, dark to dark. He shot one of the yearling bucks I passed and many days experienced zero deer sightings. My rant is not at all in the fact he shot the yearling 5 point, in fact, that meant that he didn't take advantage of one of the 4-5 two year old 7-8 points hanging around, or one of the three year olds that I passed up on both public and private lands. Most of those bucks grew to see another year. My rant is also not at all that he chose to hunt over bait, or that he enjoyed sitting in the same blind for 30 years on public land. I personally say, "to each his own" and if it is legal; enjoy the hunt! However, my rant again is this: That I believe that we collectively disrespect and devalue our role in the entire process of herd, habitat and hunter management, when we simply leave the fate of our deer herds, to others.

Give Yourself Some Credit:

Folks, if you haven't done so already, it is time to seize the power of positive whitetail opportunity, while learning to roll with the punches of predators, permits and policies that for the most part, really are not that different from State to State. Sure, some states have gun seasons that begin during the rut, but even in those states there are many examples of exceptional deer herds. Other states have seasons that are 4 months or longer, but again many areas within those states enjoy incredible hunting opportunities. And still a portion of states allow hunters to shoot multiple bucks, but guess what: High quality hunting opportunities await in those same states, even on public land! Many times hunters spend so much time on State Game Policy discussions, that their value in determining their own level of "luck", in particular when they want to increase deer numbers, is ignored or misunderstood.

Do You Want To Increase Deer Numbers?

I can only draw from my own experiences, as well as the experiences of my clients, but when it comes to increasing and shaping deer numbers, I believe that I have just about seen it all. From NOT shooting a doe on a Northern wilderness parcel for the first 6 years, while safely increasing deer numbers (awarded the QDMA's Deer Manager of the Year award for my efforts), to shooting 9 does in 1 day, on a mixed ag region parcel in another state while safely decreasing deer numbers. The irony of the managment practices on both parcels, 400 miles apart, was that each activity served to not only decrease or increase deer numbers as needed, but to improve the quality of the herd, buck numbers, sex ratios and buck age structure, all at the same time. Along the way I can honestly say that the hunting experiences those two lands produced, were greater than I ever imagined. Why? Because I had to get past the thought process long ago, that I was simply at the mercy of others, when it came to creating outstanding herd, habitat and hunting opportunities. Here is how to get it done:

-Deer feed 5Xs in a 24 hour period, which equals twice during the day in their bedding areas (mid quality browse), once in the afternoon/evening (high quality "dinnertime"), and twice during the night (mid to high quality safe/social/bedding food sources). By offering adequate bedding cover with mid range browsing opportunity and an adequate high quality afternoon food source, you can effectively control a large portion of the daily movement, with little worry for what takes place after dark.

-Everyong has a "sanctuary", but is it really a sanctuary? A Sanctuary keeps your hunter site, scent and sound from ever being exposed to the deer herd. A sanctuary includes bedding areas and food, water and travel opportunities. A santuary preserves and protects the afternoon feeding movement, for 99% of the hunting season, with the exception of the entire process of harvesting deer.

-Do you need to increase deer numbers? The expand Summer food source rotations.
-Do you need to decrease herd numbers? Reduce or eliminate Summer food source rotations.
If you offer great Fall, hunting season cover, then antlerless deer that you attract during the Summer, will stay. A great practice is to assess your herd numbers, and to immediately raise or lower your Summer food volumes as needed to decrease or increase deer numbers.

-The most critical time for you to increase deer numbers takes place during the hunting season. If a "glamour crop" of beans or corn is down to the dirt by early October, then consider adding planting acreage, utilizing more browse resistent forages such as rye, brassicas, oats and clover, or both. And the same goes for quality hunting season cover. Quality hunting season cover relies on stem count, modest thermal protection and screening. If you can see 100 yards or more through your woods -with snow on the ground in January- you need to cut, plant and manipulate the habitat to provide additional quality Fall cover options.

-Once afternoon movements are in place and successfully protected through the lay of the land and habitat, within a solid deer sanctuary program, then make sure to manage hunter movements. If it is a bad day to hunt, don't hunt. If you are over-using a small number of stands, add more. But at all costs, protect both the sanctuary, and the afternoon feeding movement within that sanctuary.

-When the surrounding hunting pressure is at it's peak, the amount of pressure that you apply on your land should be at it's least. Take for example the act of decreasing deer numbers through antlerless harvest. When my hunting partner and I shot 9 in one day, it was during WI's 4 day doe-only season, during the middle of December. With a morning mini-drive and a 2 hour afternoon sit, we accomplished 75% of our season's antlerless harvest goal in 1 day of hunting pressure, at a time when the surrounding hunting pressure was dropping rapidly, with the rut, gun season and muzzleloader season already over. The absolute worst time we could have targeted our doe harvest goals would have been during the peak of hunting pressure, during the gun season. If the pressure on your land is as high as everyone else in the neighborhood during the most intense portions of the season, you will lack the ability to attract, hold, mold, shape and hunt a quality deer herd. You can afford to take chances early and late during the season, but not during the middle of the season, when your level of hunting pressure should be at it's least.

What is a Hunter To Do?

"If you always do what you've always done, you'll always get what you've always got". Those words are so true in many walks of life, but they hit like a finely tuned arrow smacking a bullseye when it comes to herd, habitat and hunting management. Looking back to the words of my 2006 public land neighbor, there was probably quite a bit of truth to what he was saying. More hunters do take more deer, the wolves eat a few and bowhunters were taking does with a legal bow permit that most likely wasn't appropriate for the low deer population density area. However, what that hunter along with many other hunters across the country fail to do each year, is to realize the value that comes from not relying on the actions of others, for determining their level of whitetail success.

If you would like to change your luck on public land, try a new approach, or even a new area. For example, after 5 years and 30 sits of banging my head against the ridges of Ohio public land I appreciate and chose to hunt, with little whitetail success, I have no one else to blame but myself for not seeking new ground earlier. However if you own your own land, the possibilities can be endless when you practice the above 6 points in an effort to improve your hunting results, let alone in an effort to increase deer numbers.

I hope you will forgive me for the rant, but I have experienced the less that I have worried about how others may or may not shape my hunting season luck, and the more I have taken matters into my own hand to realize my personal role in the entire herd, habitat and hunting process, the more successful that I have become. 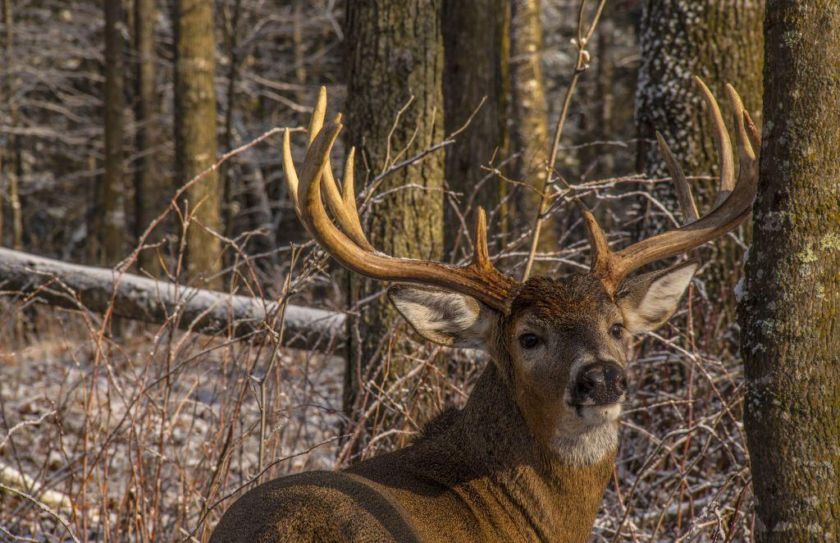 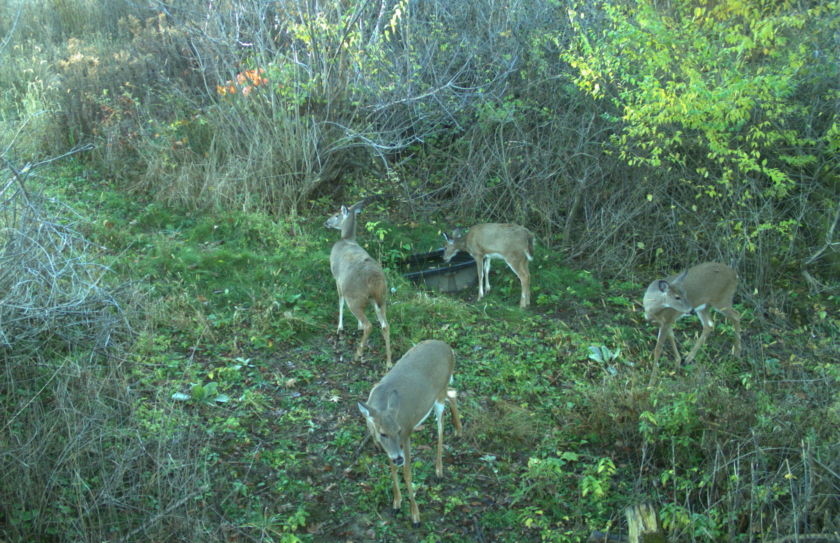 Are You Growing Too Many Does? 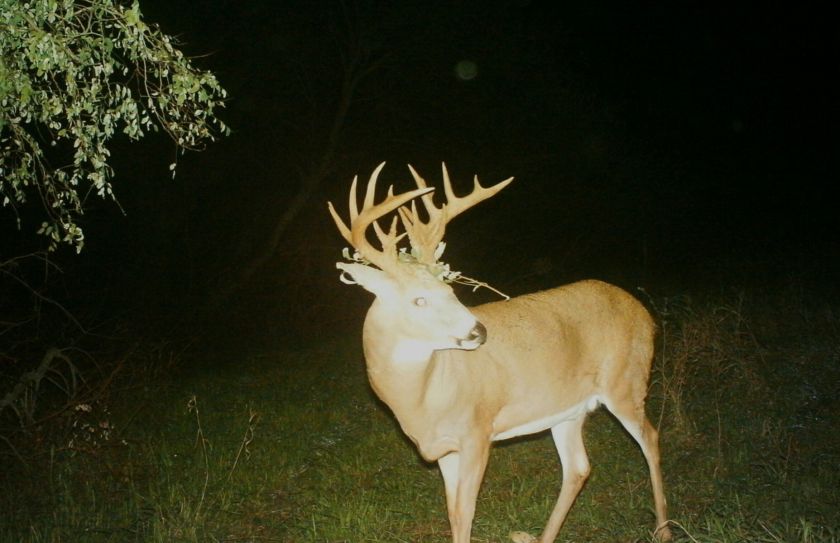 Are You Losing Mature Buck Numbers Where You Hunt?