Back to Blog
Bowhunting TacticsJanuary 28, 2018

Since 1992 I have had the pleasure of shooting nearly every model that Mathews has produced. I find it crazy that after 25 years and so many models, 1 bow stands far above the rest: The new Mathews Triax! This highly efficient, insanely smooth, and ultra quiet little speed demon is the best pure hunting bow I have ever owned.

*What's not to love? Compact, quiet, balanced, very fast and a 1/2 pound lighter than the Halon 32, all thrown together in a package that does not vibrate in any way. The solid "thunk" is deceiving when it comes to reflecting the true power the Mathews Triax stores within it's small frame!

I need to be honest in that I have exclusively shot Mathews bows since 1992, with a mix of staff shooter, factory sponsored pro and media figure relationships or contracts. Can I say that the Mathews Triax is the best bow on the market? Of course not, because I haven't shot and compared every bow on the market. Like myself, you are most likely tired of all of the professional endorsements of products that individuals say are the best ever, when you know those individuals have not tried more than a handful of bows, let alone all of them. However, with that being said, I CAN say that the Mathews Triax is my favorite hunting bow that Mathews has ever built, and that's comparing the Triax to a whole lot of Mathews bows! So, take it for what it's worth because I am solidly in the Mathews corner and have been for 26 years, but at the same time I can not contain my excitement and had to tell you about it!

*The above photo is one I captured after an early November hunt in that exact location, while sitting in a Rut Cruising habitat setup. I highly recommend not only trying out the Triax, but also creating a similar buck habitat setup on the land that you hunt!

I'm not sure that I will ever attempt to shoot 60 spots with the Triax (who knows!), but regardless of it's ability to shoot indoor spots or not, what has me extremely excited are the number of reasons to climb into a favorite treestand with a Triax. Make no mistake about it, the Mathews Triax is an incredible hunting bow and therefore, this bow has several qualities that allow it do to what it does best: HUNT!

At my little stubby 27" draw, 63# draw weight, 378 grain, 27.5" Carbon Express Maxima Red arrows, including 100 grain points, I was able to top out at 279fps. Folks, that is significant! Why? Because that is not only around 27fps faster than my Mathews Creed or NoCam bows with the same setup, but several feet per second faster than my Halon 32 or Halon. AND, speed matters!

Although a flatter trajectory is nice, what really counts when speed is discussed, is in the ability for aging archers to lower their draw weights and still command the exact same level of Kinetic Energy (KE). For every 2fps gained, you can cut your draw weight by roughly 1#. What that translates into is shooting the same arrow at the same speed at the same draw length and draw weight, without sacrificing any penetration. While I loved my Creed and NoCam bows, being able to drop my draw weight (if I desired) at least 11-13 pounds on my Triax, and still being able to find the same KE, is an extremely appreciable feat! Gaining that level of speed is impressive in itself, but when Mathews came up with a way to capture more speed while maintaining the attributes of a high level of mechanical efficiency, the Triax became my favorite hunting bow of all time!

The Mathews Triax has got to be one of the most efficient bows on the market. I can make that claim, because a bow truly can't get much quieter or vibration free! When a bow is at full draw it stores a load of energy that you hope, is transferred into the arrow when it is released. I am no physics major, but when a bow is inefficient it vibrates and creates a lot of noise, because more energy is transferred into the bow itself, the parts that make up the bow, and then ultimately into your hand and bow arm. This bow is an exceptionally quiet bow to take hunting! I urge you to head to your nearest archery dealer and shoot several bows side-by-side, because you will not be disappointed with just how quiet the Triax truly is.

Efficient bows equal less energy wasted and more energy transferred to the arrow, which in the end equals less vibration. The Triax is not only quiet, but it actually feels like it as well! The Triax is the most vibration free bow that I have every shot, and that is saying a lot because the majority of Mathews bows over the last decade have been very efficient and very vibration-free. After each bow you think it can't get any better, but it did!

Many of my morning rut hikes into a treestand are between 35 and 45 minutes uphill. While a 1/2 pound lighter than the Halon or Halon 32 doesn't seem like much, trust me...it is!

Last but not least is just how smooth the Triax is to pull to a complete draw. Buttery smooth, is a great way to describe the complete draw cycle of the Triax. This is the smoothest drawing hunting bow that I have every owned, and that quality was appreciated greatly throughout the entire months of both November and December, which were much colder than usual in SW WI. Several times during single digit temperatures I drew my Triax, just to enjoy how smooth it was. Each time I was shown that not only could I easily draw my bow if a mature buck cruised by, but that I could do so without having to shake myself out of the tree, while I came to full draw.

*As Mathews says, "Stealth Is Lethal", and that is the perfect way to describe the Mathews Triax.

At just a 28" axle to axle bow length, there are a lot of high quality, highly efficient features packed into a tiny, accurate, speed demon of a hunting bow! While I am purely only comparing Mathews to Mathews bows, I couldn't be more excited about this new favorite hunting bow of mine, compared to any other bow that I have every owned. 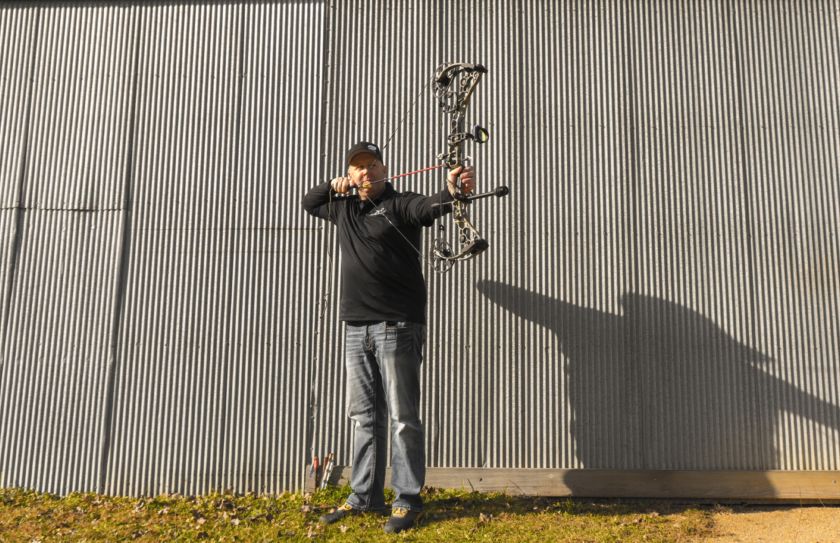 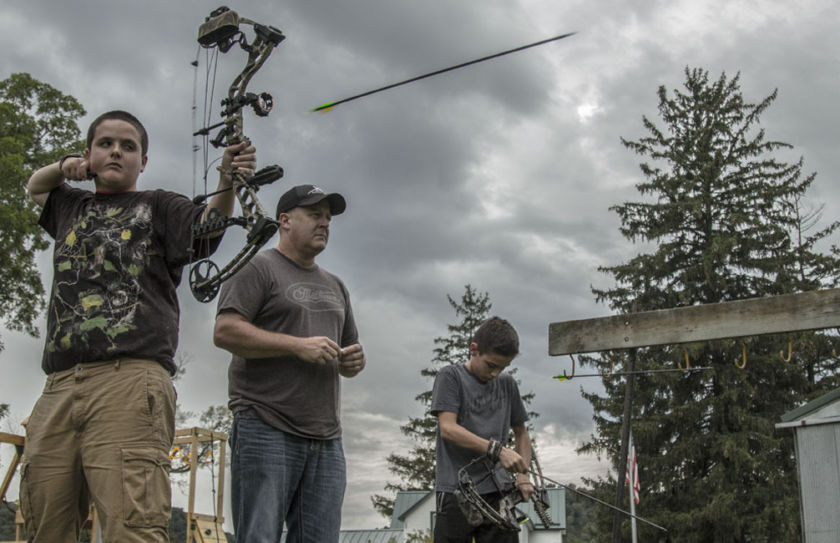 How To Accurately Shoot A Bow 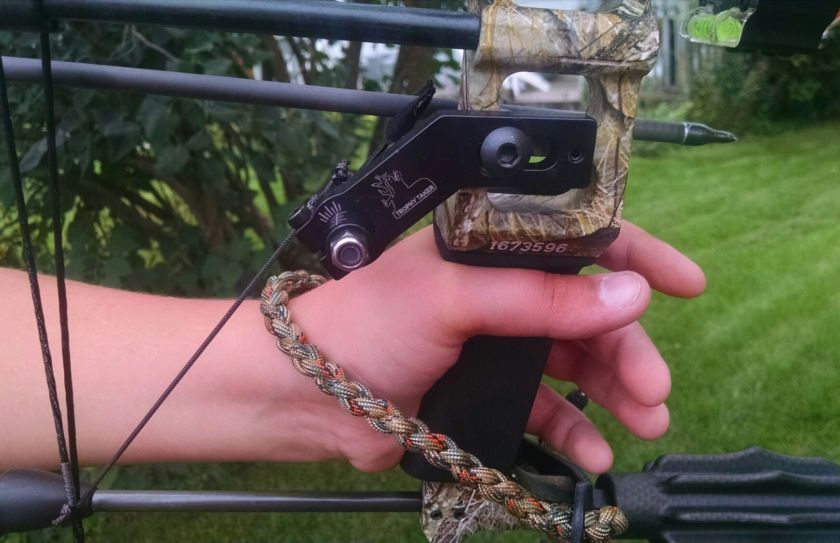