Back to Blog
Mature Buck StrategiesOctober 09, 2014

What is a Trophy Whitetail Hunter?

To break from the typical mature buck habitat and hunting strategy discussion, what exactly is a trophy whitetail hunter? I personally have my own set of standards I will share in the conclusion, but what are your own trophy standards? For a little background on my personal perspective I have never visited a whitetail outfitter, I have hunted at least 2 states on public land since the early 90s, and my current lease property in my new home state of WI, includes 30 acres of woods. So, my trophy standards as you can imagine, can vary greatly!

This will not be a very long writing, but this is more of a personal message to you as the reader, to let you know that I get it, I appreciate it, and I truly feel blessed to take part in so many trophy hunts each year! Should there be any negative stigma of being labeled a trophy whitetail hunter?

1. Do you hunt public land in MI and are happy taking the first legally antlered buck that you see (if any at all)? That's understandable.
2. Do you own a parcel of 40 acres or less and would love to get a crack at your first 3 1/2 year old buck in the 120-130" class? That's awesome!
3. Or what about the guy that is looking for anything 4 years old and older in an area that is fairly reflective of established QDM practices? Very cool!
4. Are you one of those guys who can consistently target a 5 year old or older on the lands that you hunt? That's really amazing and reflective of both high quality lands to hunt, as well as your experience as a whitetail hunter.
5. Finally, do you have the ability and resources to specifically target a mature monster in his prime at the age of 6 or 7 years old? My hat is off to you and I have to admit that I am a bit jealous!

I can honestly say that although my client's goals have typically fallen between scenarios 2 and 4, I have collectively witnessed the entire range of hunters described between 1 and 5. I have a client in the Midwest this year who is looking to pass on a 17-18 point 4 year old, that is most likely in the 170-180" range. That is awesome...but how many hunters would, or could do that? And even if that client is in the top fraction of a % of all hunters, should he be demonized because of his goals and resources? But at the same time, should the guy who is hoping to connect on his first antlered deer (or any deer!) during the last decade, on a heavily pressured tract of public land, feel any less proud of his accomplishment if he or she is able to connect?

It is so easy to get wrapped up with antlers and inches which really aren't bad things, and I am probably just as guilty as the next in doing so. But really, what is a trophy? How about these:

I will have to admit, when I travel to hunt public land in OH this year, I hope to see one of the regions true monsters! A mature buck can grow to be over 200 inches in those parts...and I hope to see one under my stand some day. In various northern settings a mature buck may max out at 150 inches and be labeled in some circles as inferior. An "inferior" 150" buck? If we could all be so unlucky every single year! Again, both are trophies...wouldn't you think?

When my son Jake and stepson Dante went hunting with me a couple of years ago on a late season muzzleloader hunt, neither one had ever shot a doe, let alone a buck. It happened...a giant buck came our way at daybreak (160" 12 point) and although I don't think the boys could have pulled off the shot, we weren't out for bucks anyways. By the end of the weekend they both had their first does, ever. Wow...the pure joy! I hope you have all experienced the complete happiness of a young hunters first harvest, but man if haven't it is incredible. To experience a first harvest with both boys, and then to be able to let them skip school the next day to take care of the deer, made for some magical days as father and sons! If either Jake or Dante would have shot "the big one" that morning, would that buck have been any more of a trophy to either of them, at that moment in their lives? I don't personally think so, and I felt truly blessed to take part in the harvest of their first trophy whitetails.

I want to personally let you know that I can appreciate one trophy as much as the next. The term "Trophy" is a very loose description, is extremely relative to the situation, and I believe is often taken negatively within the wrong context. I am a trophy hunter. What does that mean? I like to harvest a great representation of the oldest age class in the neighborhood. In OH and WI that may be a 4 year old buck, and in MI on pubic land that may be a 3 year old buck. The inches of antler could range from a 120" buck to a 180" buck, but who knows! On public land last season, Dante didn't pull the trigger on a "needle in the haystack", as a 2 year old 8 point walked through all of our shooting lanes in front of our pop-up without stopping long enough to offer a clear shot. What wouldn't have been a trophy for me, would have certainly been a "buck of a lifetime" for some, and a true trophy for Dante...even though that deer was probably not the oldest buck in the woods. The buck in the above picture represents the harvest of "Tall Boy", which was an 8 point we followed on our old UP of MI land from a yearling to a 3 year old. He was a trophy in 2007 when I harvested him with a rifle, even though I had killed bucks of up to nearly 70 inches more in WI, with a bow.

I will only comment about my own website, where admittingly there is a huge focus on antlers and inches, because well, that's "what I do". I help guys get the most out of their land and hunting opportunity whether it's by writing about it, speaking about it or visiting with hunters by the day. But sometimes what gets lost in all of the cool pictures and hype, is that a trophy, and those who harvest those trophies, include the vast majority of all deer hunters. I have to apologize because during the course of the year and the nature of my own personal business, my true "trophy thoughts" may not be accurately portrayed. However, isn't that so cool that we get to celebrate so many varieties of trophy harvest each and every year? I love it! From the guy who calls me to tell me he shot his next buck of a lifetime, to a hunter who sends me a text to let me know his son, daughter or spouse just shot their very first deer.

I love to see hunters continually improve themselves. Is yesterday's trophy, today's trophy? Maybe not, and that's reflective of an ever-continuing cyle of the various stages a hunter travels through during their lifetime. But for you, I get it. A true trophy is very obvious at times, and sometimes it isn't. The first time deer, the needle in a haystack and the many bucks of progression along the way; are awesome! They are all trophies, and as long as a guy isn't just killing a buck to kill a buck, the status of trophy is loose, continually evolving and can be appreciated in so many ways. Don't you guys get a kick when you see a bright and happy kids face show up on social media with their first deer (any deer)? When that happens, it is what hunting is all about, including participating, enjoying, and spending time with friends and family harvesting trophies both great and small.

This is an exceptional time of the year! It's time for the harvest and to enjoy the success of our fellow hunters. I am proud to be a "trophy" hunter...what about you? 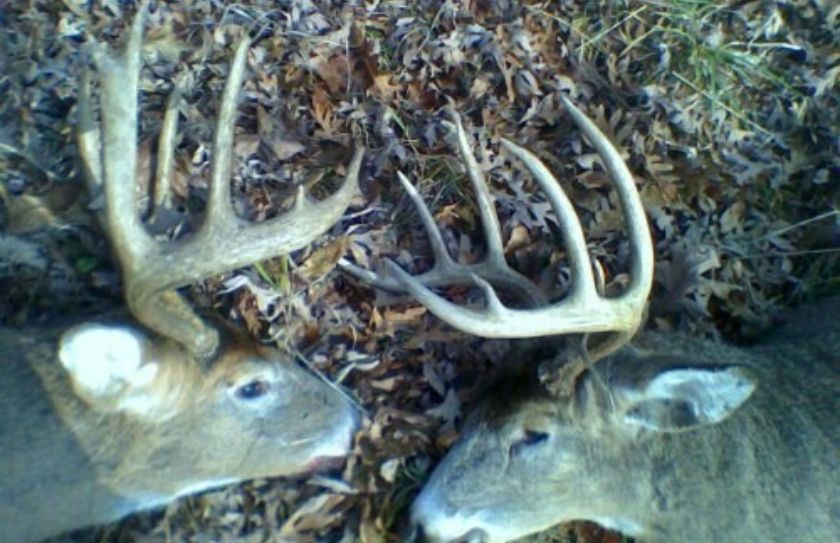 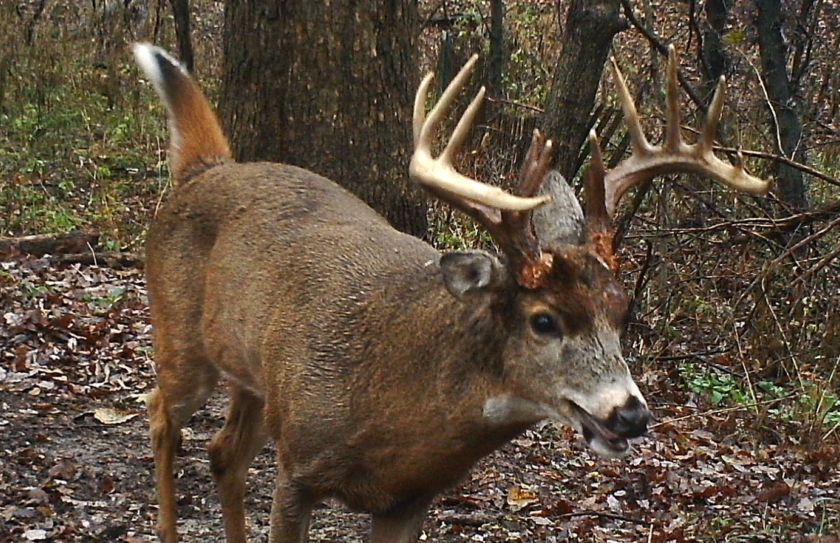