Back to Blog
Mature Buck StrategiesOctober 02, 2014

Clothing, sprays, boots, gum and dust; how do you practice scent control for deer? The options are endless and the priority is mighty high! Do any of you have a strict hunting season regiment for avoiding the power of a whitetails nose? As the years pass by and the options for the ultimate level of control increase, the importance of limiting how much you stink is at an all time high.

Scent control for deer is critical to your success, and is surely the most important act of bagging your next giant. But WAIT! There are quite a few other important aspects to keep in mind when hitting the woods as well. I personally have a strict set of scent-steps that I partake in each and every hunting season, as well as each and every hunt. I will share those steps with you later, but for now, lets take a look at some of the lower priorities of the entire process of taking part in your next whitetail hunt of a lifetime!

If you have a giant located on the lands that you hunt, than your stand location is of course, critical to your success. I first hunted whitetails with a bow as a teenager, and my first choice of weapons hasn't changed now, decades later. So if you are like me, not only is the location of your stand critical, but it should be within 30 yards of where you expect a deer to walk by. Ultimately, your ability to recognize sign, read terrain features, and interpret deer patterns will all contribute to the success or failure of your stand locations. Each year you take to the woods is an opportunity to experience and learn exactly where to hang a stand. How long will it take you to master the act of stand placement? In order to master the act of stand placement, I have personally found that there just aren't enough years in a lifetime!

You know come to think of it after writing about how important a stand location is, I would have to drop the process of scent control for deer, below the act of locating a stand. What about you?

Accessing your stand is something that has risen through the rankings of hunting priority, especially during the last decade. This is one of the primary reasons that hunters hire me to visit with them and design a plan for the land, and although it's really tough to kill a mature buck without a great stand locations, a case can be made that it's actually harder to consistenly find success without a great plan of access. Your ability to move in, and out of your land without detection like the ultimate predator that we are, is vital to not only your current hunt, but future hunts as well.

When I design and plan for my clients they often have me write a simple, bullet-point list of priorities. Would it surprise you that nearly 90% of the time, #1 on the list is stated as "Stand Location and Access"? Those 2 preparations of the hunt, are such an important team that if I place stand locations above scent control for deer hunting, than stand access has to be right there with it. Deciding if a stand location or access to that stand is more important, is similar to the proverbial "which came first the chicken or the egg" kind of discussion. Which should be #1? In my experience, both.

In 2013 I shot my archery buck on my 30th sit, a full 8 weeks after the opener. I was burned out! Not necessarily because of the sits, but instead the planning for the sits:

I purely hunt cold fronts, and while I will hunt during the mornings at times during this period of the season, I place a high priority on hunting evening feeding patterns. That placement of value changes drastically about the 20th of October and beyond, when there is nothing I like better than to enter a morning stand with calm conditions and temps in the teens or twenties. Did I mention I like to hunt fresh stands, that have lacked any hunting pressure for at least 2-3 weeks depending upon the intrusion? The bottom line, I do not want to potentially infringe on "high value" sit, with a lower value sit. In 2006 I used roughly 17 trees in 30 sits (may be forgetting a few) over nearly 2 months. I love the "game" of stydying the weather patterns, stand location choices, access and departure routes to those stand locations and how a current sit effects the several sits that follow for up to a week or more. It's a game of complete strategy, and when a giant falls and it's over, you are left with a mix of emotions of pure joy, depression and thankfulness-combined.

The game of stand use is so complex, and requires so much continual planning that it has to be placed within very high ranking, even above scent control! Because after you have chosen where to hang a stand, how to access that stand and when and if to use that stand based on the conditions of weather, moon, etc-will directly relate to your success. For a final thought on stand use, what should be your favorite stand? The next stand that you shoot a mature buck from...not the last stand you shot a buck from. It pays to practice the use of a short memory when it comes to choosing your next stand to take a seat in, and let the current and future conditions dictate your decision, instead of past emotions.

Do you practice more with scent control on a particular sit, than shooting your bow? I don't, even if I have to set a target in the back of a motel parking lot, or basically any other place that I can set a target and safely release a few arrows. Shooting accurately takes time-a lot of time! However it's not just the Summer build-up that is important, but the in-season consistent act of bowhunting practice.

Scent control for deer is great but if you lack the confidence and skill level to be at your best with a bow in hand, you will have a tough time experiencing consistent positive results regardless of if a deer can smell you, or not.

How many deer does a hunter spook when they enter the woods with noisy gear? It's really hard to say because they will be long gone before you even get close to them. Snaps, buckles, Velcro, sqeaking ladders, scraping climbing stands and noisy clothing can all end a hunt before it even begins. In the early 90s I learned that when I heard my neighbor's ATV travel down the road 2 parcels away, that meant deer! And I would be willing to bet that those deer were on their way to me before he even stopped the machine. Decades later nothing has changed, and the same could be said for listening to someone use their climber a few hundred yards across the hollow, regardless of how quiet they were to get there. If I can hear them...boy, what about the deer that used to be in the area?

In some respects you could talk about scent control in the same manner as noise, in that sometimes poor scent control can end hunt before it begins, or even deminish the value of future hunts due to the level of potential intrusion. The only difference? If you have chosen a great place to hang a stand, and an appropriate access to hunt your stand, the amount of scent you leave in the woods while you travel, or while you sit, should be a non-factor.

In 2013 I connected with a monster on my 30th sit, and I could have smelled like hadn't showered in weeks to do so! My access to the stand took me through an area where the mature buck couldn't possibly detect my access route, my scent while on stand was blowing into a non-deer trap of mature hardwoods and pasture land, the time of day, time of season and weather conditions were perfect, my gear was extremely quiet and my aim was true. In fact like normal, I shot at least 10-12 arrows directly prior to accessing the woods.

My personal scent control involves a few things, but not all involves clean clothes, boots and body:

1. Stand locations that feature an area to safely blow my scent into
2. Access that doesn't allow my scent to blow into bedded deer on the way to the stand
3. Travel routes where grasses, sticks, debris and brush have been removed so my access is clean and scent-free for both the current and future hunts
4. Showering with scent-free soap
5. Washing my hunting clothes in scent-free soap
6. Storing my clothes in plastic containers
7. Not mixing used clothes with unused clothes while on hunting trips
8. Dressing outside of the truck no matter what the weather conditions
9. Scent free boots
10. Scent elimination spray

You may wonder why I even practice scent control, but I have very good reason to! Because in whitetail hunting no matter how much scent control for deer that you practice, the deer do not always follow the script. My scent control regiment is my last line of defense for when all else fails. Even then though, I have found it truly impossible to escape the nose of a truly mature giant. In 2012 I had an incredible 8 year old within bow range. He came from my East and up the draw as planned, while my scent blew to the South. I had placed that stand, in that location...just for him! It was October 19th and the temperatures were unseasonably cold. As he approached he had no idea I was in my tree, watching his every step. I was extremely pumped and couldn't wait! Then, it happened. Instead of following the trail by my stand to the East and continuing through the CRP to his evening food source, he made a sudden West turn through heavy brush. As I readied for the shot he began to enter my wind cone at 25 yards. It was going to be a race...would he hit my scent first, or would I get a shot of first? In the end he won, as 8 year olds often do! Would he have not smelled me with another gadget, bottle or extra step? I have my serious doubts, but in the end I had enough on my plate just arriving to that moment to begin with, while covering the other priorities of the hunt as well.

Reflecting back to that 2012 encounter, another layer of scent control may have worked, or it may not have. However, one thing is for certain: If I had chosen the other option for a treestand 20 yards to my south, I would have most likely had a shot opportunity on one of the greatest beasts of the woods, regardless of how I smelled. To offer a little perspective, the best form of scent control that you can probably take to the woods is within the process of planning for the hunt itself, and not within a laundry room, box, bottle or bag. If you put a lot of effort into the process of the actual hunt itself, you may find that whatever form of scent control you rely on, becomes a lot more reliable. 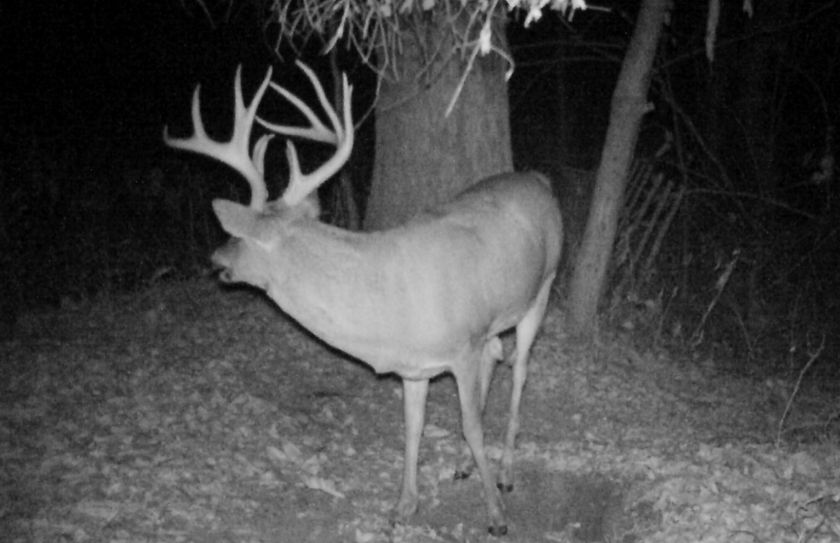 Scent Vs Sound Control For Deer

#1 Way To Spook A Mature Buck 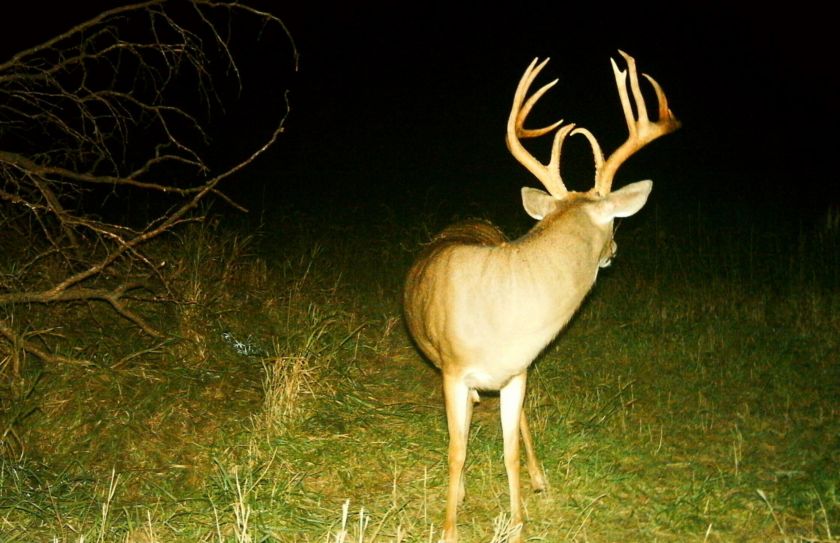