Back to Blog
Bowhunting TacticsAugust 11, 2016

When the moment of bowhunting truth arrives, are you all set and ready to go in your treestand? Since the mid 80s, the treestand shooting tips I have picked up along the way have been experienced through a little heartache and a lot of consistenly positive reinforcement. When it comes to the mistakes of attempting to shoot a mature buck from a treestand, the amount of pain from the mistakes I have made in the past, seems to last for decades. Although the mistakes I have made from a treestand attempting to shoot a doe have been plenty, the amount of time it takes to find bowhunting opportunities with mature bucks are much fewer and much further beetween. When the moment of mature buck truth arrives you have to be 100% ready, because experience has taught me that you may not get another chance the rest of the season

1) Learn To Shoot Sitting Down

This is actually very easy to do and takes more of a solid mental approach than anything else. By practicing the sit down treestand shot, you will soon realize that the level of shooting confidence that you can achieve sitting down, is the same level of confidence that you can find standing up. I have shot at least 1/2 of the mature bucks I have shot from a treestand, sitting down. My favorite setup includes my bow vertical and either between my legs or hanging in front of my face, arrow on and ready to go, and the option to sit while taking the shot. I move less when I sit and it takes a significantly less amount of time to get the shot off when shooting from a seated position.

During the season and beyond, I find myself nursing a consistent sore neck and shoulder blade, on the left side of my body. After sitting for 4 months it happens! By positioning my treestand to create a shot to the left (I am right-handed), I constantly keep my eyes pealed to the left for an approaching deer. However, regardless of the pain, the position of the stand allows me to barely move to take a shot. No standing, no turning; simply slowly clamp my release on the string, draw and fire. I shoot from a seated position often, because my entire stand setup has been geared towards doing so. If you have to grab for your bow to the side of you, twist your bow, stand and get ready; you just wasted a critical amount of time to shoot a cruising buck. At the same time with the amount of movement required to grab, twist and stand, he most likely already saw you anyways.

3) Listen And Prepare For The Shot

Is it a squirrel? After a few weeks you will be able to easily tell the difference between a squirrel scuffling for food or an approaching buck, but it pays to assume it is the biggest buck in the woods. Your mind should be searching the possibilities of the shot before your head even turns slowly to see what is coming. By using your ears first and yours eyes second, you will keep your movements to the bare minimum while at the same time analyzing the entire situation calmly.

As the years have passed my point of aim from a treestand has gotten lower and lower. Although I may nevery actually aim directly at the heart, I do aim just above and very slightly towards the rear. This places the arrow in a low lung high heart area and keeps my arrow well away from the shoulder. In the early years I often aimed just behind the shoulder and in the middle, vertically. A deer that reacted to the shot placed my arrow into the shoulder several times, resulting in safe deer and blown opportunities. Of course with extreme angles I raise my point of aim, but I do my best to stay well away from the shoulder, which is an important treestand shooting tip to live by.

Many bowhunters miss high when shooting from an elevated position. Other than aiming low, missing a deer high from a treestand is most often cause by a poor anchor point and can be easily avoided. By not locking in your anchor point, you set yourself up for a situation where your site window is pulled away and you have to compensate by adjusting high. The result is an easy miss. You can spend hours of time shooting from your garage or back deck, or simply just anchor properly. In 30 years I haven’t practiced from an elevated position and I don’t intend to, other than random 3D or field and hunter (target archery) course shots. Instead, I use a 3 point anchor system that allows me to lock in at full draw. 1st, by placing the string on the tip of my nose at full draw the string can not slide back and forth, as it can easly do by placing it the side of my nose. 2nd, I use a peep site to equally circle my bowsite pin housing. Finally, I anchor my release at the same point of my jaw, every single time. Throughout the years that is the best 3 point anchor system that I can come up with, and I can highly recommend it!

If you can hear your buddy climbing into his stand, moving around in the stand or getting out of his stand from 20 to 30 yards away or more, the stand is probably too loud. A deer can hear extremely well and are highly tuned into unnatural sounds. That metallic ting your hunting buddy could hear from 30 yards, will probably be noticed by a reclusive old monarch, from a much greater distance. Often many sits are ruined before a hunter even gets settled into their stand. However, when it comes time to draw your bow, move, adjust and make the shot, is your treestand dead quiet? Because if it isn’t, you probaly won’t even get to take the shot. I prefer chains instead of cables, welded on foot rests, double strapping systems and heavy, quiet steel treestands. Even the ladders I use, are connected with bolts instead of noisy pins and simply make absolutely no movement or sound while climbing.

*Is it too late to hang a stand? Probably not, so make sure to check out When To Hang A Treestand.

An Entire Season Of Treestand Sits

During an entire season I find myself on average, getting hundreds of shot opportunities on does and young bucks, and 2-4 opportunities on mature bucks. Why do my buck mistakes hurt for decades? Because if I didn’t make them count I often didn’t get another chance. These treestand shooting tips may seem like very small details, but the little things are often what makes the difference between a blown mature buck opportunity or not. Probably the greatest bowhunting tip in a treestand that I can give, is to carry a firm foundation of the little things that you take to the woods with you every time you climb a tree. 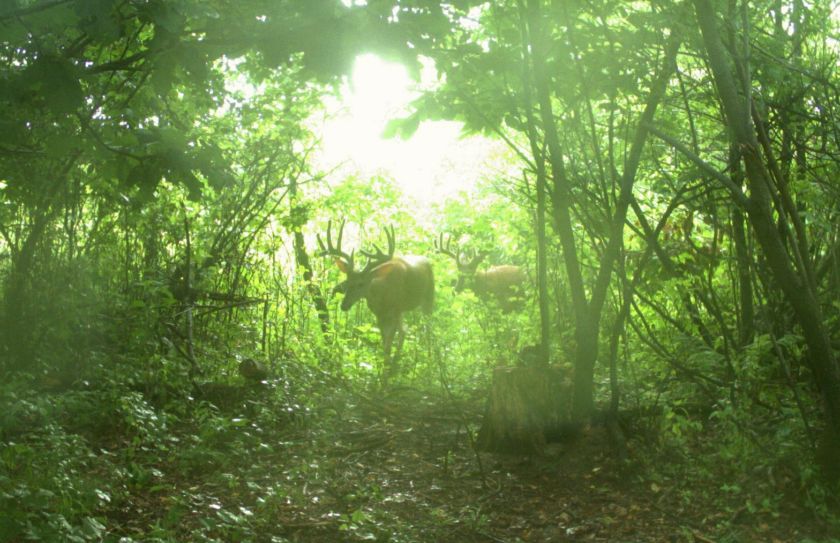 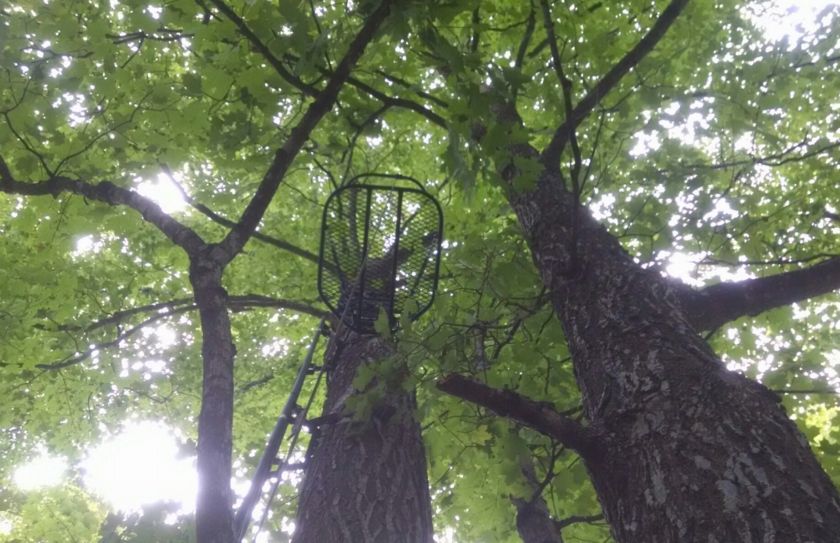