The 2nd 1/2 of the deer season can feature the perfect setup for hunting herded deer on high quality food plots. However, if you aren't extremely cautious when hunting your late season plots, your first hunt can easily turn into your last. How you hunt, is even more critical than the quality of your food plots!

The most attractive aspect of late season food plot hunting, is also responsible for the greatest risk. Following the flurry of high pressure rut hunting and gun season openers, I have experienced since the late 80s that deer begin to herd within habitats that feature food sources and cover options that haven't been pressured. The problem for the entire neighborhood deer herd is that when the season is at least 50% over, there are very few options left for low pressure craving whitetails. The lack of unpressured food and cover options creates outstanding opportunities for cool season hunters, because even average quality food plots and bedding areas can attract a large number of deer. The only problem? Deer herds that seek, find and settle into low pressure habitat options, can easily be spooked for the rest of the season, if your hunting game isn't non-invasive enough. It is critical that you follow these season-saving food plot hunting tips

*The local herd won't show up during the late season, if you haven't established a season-long pattern of Food Plot Use.

If you have been able to attract a late season herd to your land you need to give yourself a pat on the back, because very few landowners do. It's unfortunate too, because not only is it easy to attract a herd after the guns begin to blaze and the peak of the hunting season has passed, but it is fairly easy to keep it that way!The formula for success is simple: Offer adequate food and cover options, and then keep from spooking the deer that are attracted. If you have managed your hunting pressure the entire first 1/2 of the season, then whitetails will come and they often in the form of a large, security-seeking herd. However, if your hunting pressure isn't managed then the whitetails will often leave in the same manner: In the form of a large, security-seeking herd. Here are 3 great ways to keep the herd on your land, while still being able to enjoy hunting late season food plots:

1. No Food Plot Hunting Risk Is Worth It

It only takes 1 invasive hunt to spook an entire herd of your food plots during the daylight, but the risk doesn't end with your initial hunt! Deer still like to feed an hour or two before dark and if they aren't feeding on your plots, then they are likely feeding somewhere else. Sending deer pin-balling back into your cover from over-pressuring your food plots will not only keep the deer off of your plots during the shooting hours, but out of the adjacent cover as well. Then, once deer establish themselves somewhere else -often a 1/2 mile away or more- they typically won't venture back for 2-3 weeks or more. Sure, some of the lower ranking does, fawns and young bucks may randomly appear, but those wise old does and bucks may not come back for a few weeks or worse yet, the rest of the entire season. Are you thinking about taking a chance on an invasive, late season food plot hunt? I wouldn't!

This is an easy tip to follow, but so critical and so often abused: If deer can smell you, hear you or see you while you hunt, enter or exit your stand and blind locations, then don't hunt the spot-changes have to be made! Some of the biggest culprits to spooking a late season deer herd are cell phone screen lights, gun bumps on a blind, unmanaged scent and slight hunter movements. It doesn't take much and it doesn't matter if the scent, sound or movement you make, is coming from inside your blind, from a treestand or walking in and out during your hunting access. It pays to keep in mind that the primary reason deer have herded into your land, is that they not only desire a 1/2 way decent afternoon food source and an adequate daytime bedding area, but they have been spooked from just about anywhere else. While managing your scent, sound and site may not be as big of a concern in low pressure states like Iowa and Kansas, it becomes absolutely critical to manage when you are hunting high pressure states such as Wisconsin, Michigan or Pennsylvania. Try not to be lured into the late season TV episodes of hunters shooting Booners out of a box blind in the middle of a food plot, because if you don't control your scent, sound and sit on a late season food plot, it is likely the local herd will be gone for good.

While I will take a chance or two at a morning sit during the entire last 1/2 of the season, an evening sit over food during the late season, is about as a predictable of a hunt there is. Unless you can steer well away from food sources for your access, hunt at least 300-400 yards into the cover from a food source and hunt the backside of the bedding movement, there really isn't much to gain by attempting a morning hunt. Often deer are already bedded and conserving energy during the coldest time of the day, which is at daybreak. Also, spooked deer in the morning will very rarely show up later on the afternoon food source they had been hitting all season long. While the odds are very high that the oldest buck in the neighborhood will show up to feed on a late season food source during the afternoon hours at some point during the late season, those same odds aren't even close during a morning hunt, during the same time period. When temperatures have fallen and whitetail hunger pains are on the rise, it's time to take an evening sit on a food plot for some of the oldest bucks around!

*During the late season, unpressured food plots can be the anchor of daytime movement, even on 40 acre parcels or less. It is critical that you learn to manage your Hunting Pressure, all season long.

It can take a season to develop the low-pressure hunting atmosphere that is conducive to attracting the local deer herd, to your small parcel. However, it only takes 1 sit to destroy it all. While adequate food and cover whitetail habitat is necessary to attract a late season herd, how much hunting pressure you apply to your land will be the ultimate determining factor of your success. Poor hunting practices can never overcome the perfect deer habitat in fact, the greater the level of attraction, the easier it is to spook deer. By managing your hunting practices to strike an unsuspecting herd that has been attracted and lulled into a false sense of security on your late season food plots, your cool season hunts can be hot with opportunities! 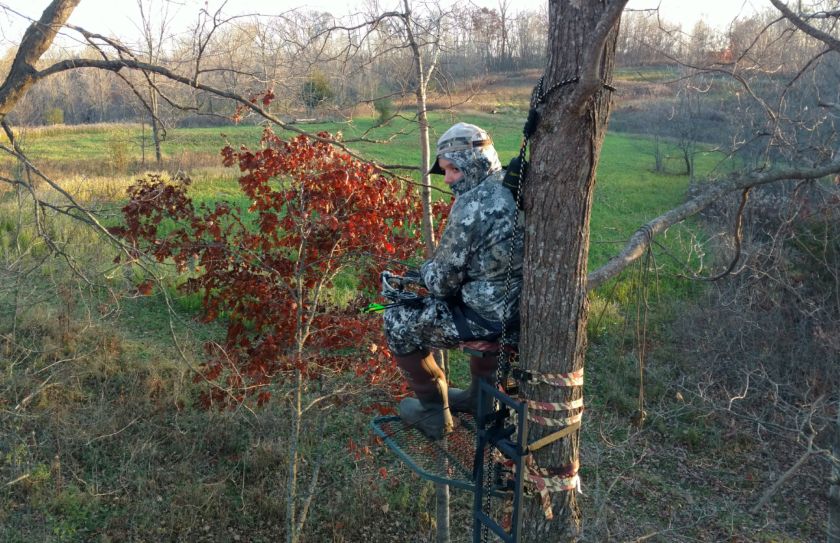 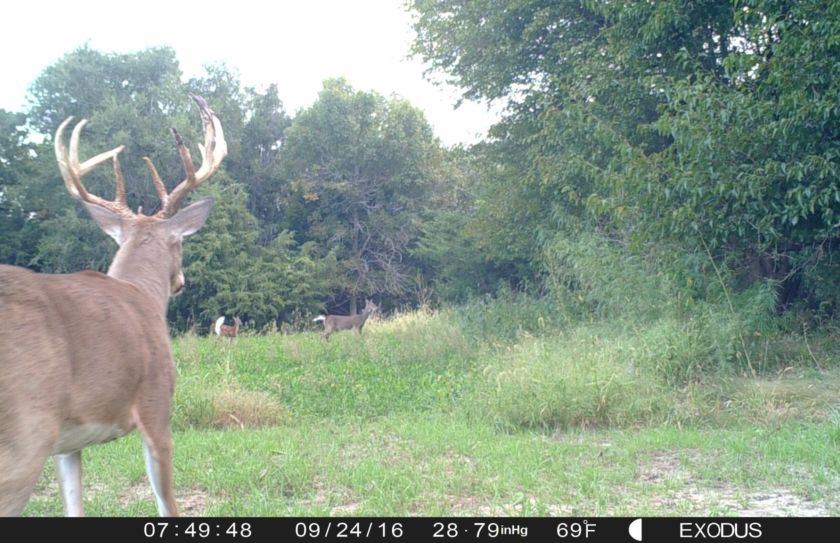 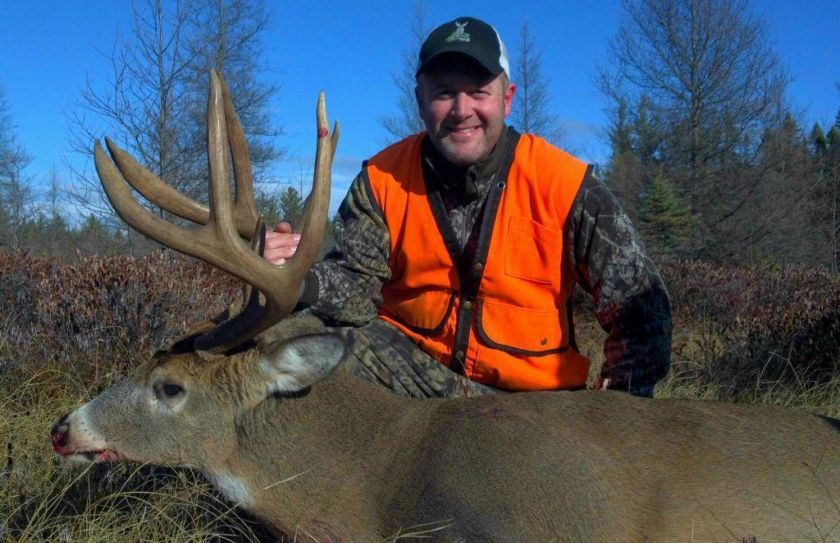