Back to Blog
Habitat and Herd ImprovementFebruary 25, 2018

An Easy Way To Raise Or Reduce Deer Numbers

One way to raise or reduce deer numbers is by applying a little or a lot, of trigger control. However, I've experienced a much easier way to control the deer population on your land, and it works on a range of poor to perfect habitats, across the entire Country. It all begins or ends with a concept I refer to as a doe factory. And if you read this article all the way to the end, you can find a way to save a lot of time and effort, while being a lot more effective in your quality herd and hunting efforts!

*When you combine great Summer whitetail food with great Fall and Winter habitat what do you often get? A Doe Factory! A doe factory is easy to create and depending on how it is managed, is often a key habitat ingredient for either raising or lowering a deer population.

A doe factory is a condition where great Summer fawning cover creates a substantial doe family group population that bleeds into the months of hunting season. A doe factory is a concept that when fully understood, can be used to effectively increase or decrease deer numbers, by expanding or reducing the ingredients that create a doe factory in the first place. When you combine great Summer whitetail food with great Fall and Winter habitat it's hard not to experience a doe factory. A phrase I like to use is, "Summer does here today are here to stay". What that means is that when you combine great Summer food sources with high stem count quality Fall cover habitat, you create the perfect condition to attract Summer fawning grounds. By adding quality Fall food to the mix not only can your land become a breeding ground for a high percentage of the fawns in the area, but you can expect those fawns and their mothers to stick around throughout the entire hunting season. Understanding the doe factory concept is often the first step towards towards raising or reducing deer numbers, before you even touch a trigger.

*Doe family groups doe the same thing, every single day of the season - if you let them! If you are doing a good job with your habitat and hunting practices, then harvesting does should be easy just about any day of the season. However, there is a right time and a wrong time, to Shoot A Doe.

How To Raise Deer Numbers On Your Land

I have experienced that the amount of tags or quality of the habitat in an area, is not really the overall determining factors for increasing the deer population. Instead, planting adequate and consistent food, creating great Fall habitat and practicing low impact hunting methods, can quickly lead to a deer population explosion. This is a great focus for low deer density areas, poor habitat locations, areas of high winter mortality and for areas that experience heavy hunting pressure. On my poor habitat, high winter mortality parcel in the UP of MI, I was able to safely increase a deer herd over a number of years, by several times its original size. In 2004 I was awarded the QDMA's Al Brother's Deer Manager of the Year Award, proving that quality deer management and herd reduction, do not always mean the same thing. This is how I raised the population on the land I owned:

How To Reduce Deer Numbers On Your Land

The problem with a doe factor is that on most habitat across the country, it is extremely easy to quickly increase herd numbers to such a degree, that the population numbers do more harm than good. Excessive antlerless numbers can be so problematic, that they are not only hard to harvest at adequate levels but that they take up so much daytime bedding space that there is no room left over for mature bucks. This can lead to poor sex ratios, nocturnal herds and much lower buck age structures, because very few acres are left to contribute to daylight holding and protection cover for young bucks. Here are a few ways that I have found work very well, to allow you to decrease the overall population level of deer, on the land that you hunt:

*The early bow season and youth hunting, go hand-in-hand to create one of the most strategic times to Shoot A Doe.

When Should Deer Populations Increase and Peak?

Avoid the pitfalls of assessing your population numbers at the wrong time of the year for parcels sizes 500-1000 acres or less. Late Summer census efforts only represent a pivot point of population change on small parcels. The fewer the number of acres, the less likely you are to have enough habitat to contain a deer herd 365 days out of the year, so the annual late Summer pivot point represents a number that will typically climb or fall during the following days and weeks. If you are doing a great job with your habitat and hunting practices, the deer numbers should often be low to moderate during the Summer months, increasing during early bow season and then peaking at a healthy number during the heart of the hunting season. If you are practicing poor hunting habits and lack quality Fall habitat, then the number of deer following the late Summer pivot point, should decrease as the hunting season progresses. I have experienced on many lands in many states in a variety of habitat types that while numbers may still increase as the season progresses in the form of more does, doe factory Summer habitat lands often experience a sharp decline in the amount of daytime buck travel, throughout the hunting season.

A very important lesson I have learned throughout the decades is that IF you create a Summer doe factory, you will need approximately Twice As Much food during the Fall, than you otherwise would have needed without the doe factory. That's a lot of time and money that you can save, if you practice methods to reduce the negative aspects of a doe factory, when it isn't actually needed to build a herd!

Because I plant zero food on the SW WI lands that I hunt, I can use roughly 3 acres per parcel to create a defined afternoon food source movement for the entire hunting season. If I housed a huge number of doe family groups during the Summer because I planted Summer food sources, I would need as many as 5 to 6 acres or more of food, to make sure that I offered enough food to last through the end of the season. Why? Because when you eliminate a doe family group army of deer that is present and waiting for Fall food to begin growing in August, that herd of deer barely allows Fall food to become established. By not offering Summer food sources, the food plots that I plant are allowed to experience several weeks of fairly pressure-free growth, before the doe family groups begin their annual shift to the Fall habitat that I provide. During early September I expect to see a handful of deer that regularly enter the food plots before dark and by the end of September I experience 20-25 deer that begin using the food plots on a daily basis. That lag time of 6-7 weeks of very little deer use on August 1st food plot plantings, allows the food plots to become successfully established with a high volume of growth and diversity, before the bulk of the annual Fall deer herd, arrives. If you are on a limited resource budget of time and money, there are several reasons to consider not planting Summer food sources, besides just better hunting and better herds.

*Knowing when or when not to shoot does, takes a lot more personal responsibility than having a tag or not. It may be time to take a good hard look at our own Hunting Choices, before blaming neighbors or the DNR for the deer numbers on the lands that we hunt.

Learning what it takes to create a doe factory, can be your biggest asset when it comes to effectively managing the population numbers on your land. In fact, it may explain why a particular population became dominated by an explosion of antlerless deer in the first place! Using Summer food as one of the main ingredients of herd population growth or reduction, you can create a powerful tool in your whitetail habitat tool bucket, for creating quality herds and hunting opportunities. Effective quality deer management efforts do not revolve around attempting to take care of the deer for 365 days per year. In fact, trying to do so during the Summer months in the North 1/2 of the country, can often be counter productive to both your herd and hunting efforts, by creating the potentially negative aspects of doe factory. 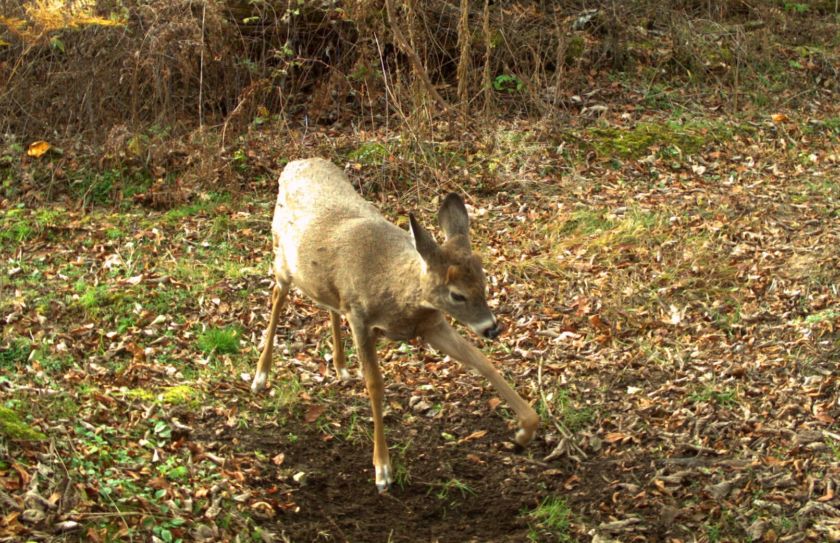 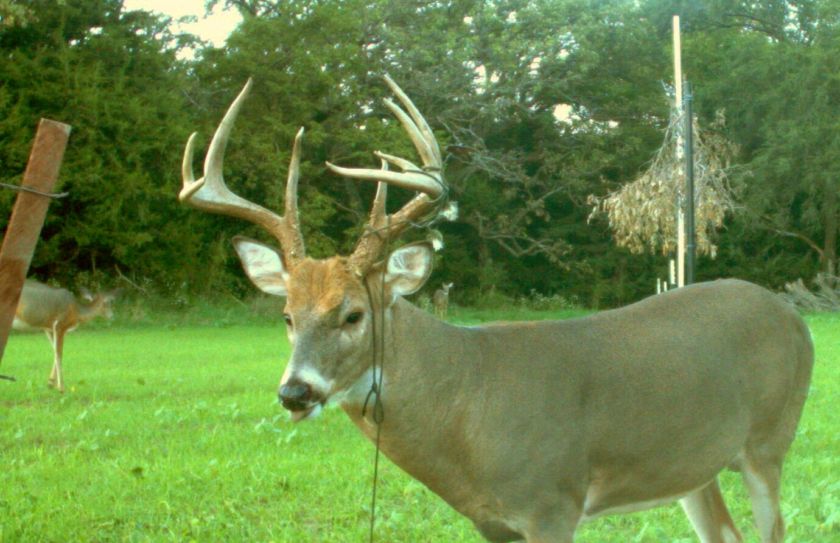 How To Build A Better Deer Trap 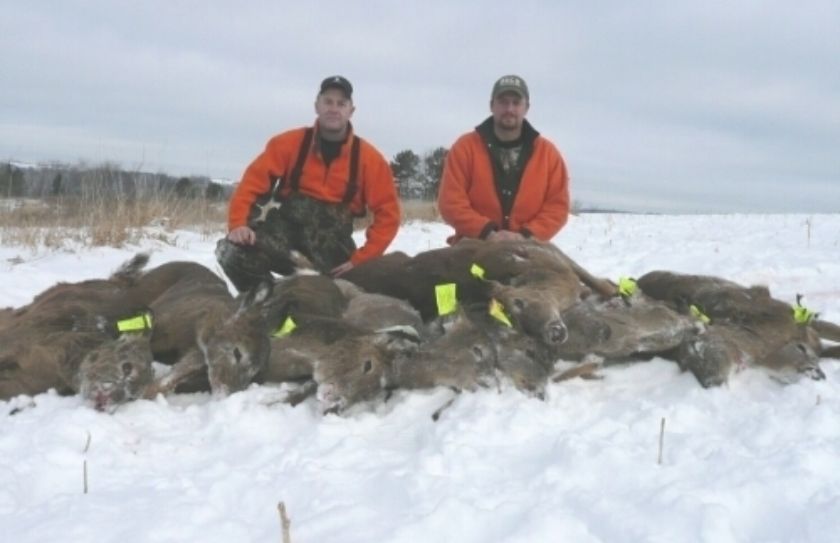